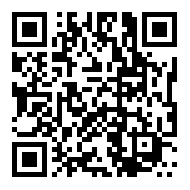 Global crop protection company ADAMA today announced that it has successfully obtained regulatory approval for its proprietary nematicide, NIMITZ®, in Brazil – the world’s largest agricultural market. This follows NIMITZ® receiving a number of other registrations worldwide, such as in the US, Mexico, Australia, Israel and most recently in Chile.

NIMITZ® is a novel, non-fumigant nematicide with higher user safety and sustainability, as well as simplified application features. It offers a highly effective and simple-to-use solution to farmers for the control of nematodes, and does not harm the populations of other organisms in the soil. It provides a low toxicity profile compared to other alternatives currently on the market.

Nematodes are among the most destructive and problematic crop diseases, causing growers estimated annual yield losses of more than $100 billion worldwide. In addition to reducing crop yields, nematodes can significantly affect the external appearance of harvested crops.

In Brazilian agriculture, nematodes cause up to 80% of crop losses, estimated at $10- 15 billion per year. “For farmers in Brazil, NIMITZ® is an exceptional additional asset in their crop protection arsenal, as it has unprecedented levels of control for the main nematode species”, stated Rodrigo Gutierrez, VP Adama Brazil. “Combined with the other benefits the product yields, its launch is expected to generate excellent results for farmers' productivity and bring greater longevity to perennial crops”, he added.

ADAMA continues to enhance its R&D capabilities to provide distinctive solutions in tackling the increasing challenges that farmers face.