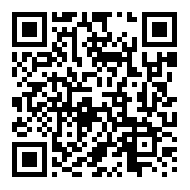 ADAMA announced that NIMITZ nematicide (fluensulfone) received state registration in Florida for use on tomatoes, peppers, okra, eggplant, cucumbers, watermelons, cantaloupe and squash.
Power of simplicity
As the first new chemical nematicide to be introduced in more than 20 years, NIMITZ is a contact nematicide, not a fumigant, which frees growers from complications, liabilities, and dangers associated with fumigant nematicides without compromising control.
“NIMITZ is ground-breaking technology, and an important ‘step change’ for nematode control on commercial vegetables,” say Pablo A. Navia (pictured), ADAMA innovation technical leader. “NIMITZ raises the bar for truer, more complete plant-parasitic nematode control. It also fills a void in the absence of methyl bromide.”
In contrast to fumigant nematicides, NIMITZ simplifies nematode management by lessening complex handling practices and application restrictions. It has the least restrictive signal word of ‘Caution’ on its label, no re-entry interval (REI) and does not require certified applicator training. Additionally, personal protective equipment (PPE) is minimal.
In a recent press release, the EPA pointed out that of the seven main nematode control alternatives used in the last five years on high value crops, six are soil fumigants, including methyl bromide, and the seventh is a carbamate. All seven are restricted use pesticides, and pose a greater risk to human health than fluensulfone.
Ground-breaking results
As a non-gas formulation, the active ingredient in NIMITZ is distributed through the soil and into contact with nematodes through irrigation or rainfall. “Unlike older chemistries, with NIMITZ there is no gas, mandatory tarping or specialized machinery requirement. Applications can be drip-injection, and broadcast or banding with mechanical incorporation,” Navia says. “The process is just that simple.”
NIMITZ is described as a ‘true nematicide.’ The active ingredient causes irreversible nematicidal activity resulting in pest mortality after 48 hours rather than temporary nematostatic (immobilizing) activity as seen with organophosphates, carbamates and other fumigant nematicides.
“The Florida registration is welcomed news for vegetable growers,” says Navia. “As a non-restricted pesticide alternative, this revolutionary tool will give growers exactly what they have been asking for in a new nematicide – performance, simplicity and safety,” he concludes.
State registrations for NIMITZ are approved in Alabama, Colorado, Delaware, Florida, Georgia, Indiana, Maryland, Michigan, Ohio, Oklahoma, South Carolina, Tennessee and Virginia. State registrations are expected for California, Arizona and other vegetable producing states before the end of 2014. A secondary crop tier will be submitted for EPA approval for use on potatoes, strawberries, carrots, tobacco and turf in the near future.