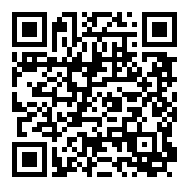 ADAMA Agricultural Solutions recently announced that it has been granted Australian regulatory approval to market NIMITZ®.

NIMITZ® is a novel, non-fumigant new mode of action nematicide with unprecedented user safety and simplified application features. Australia is the third country globally to receive registration approval, after the United States and Israel. Adama expects to obtain further registrations of NIMITZ in additional countries and to expand the list of approved uses in susceptible crops.

NIMITZ® offers a highly effective and simple-to-use solution to farmers for the control of nematodes, along with a low toxicity and eco-toxicity profile compared to other alternatives currently on the market. The product has unprecedented safety characteristics amongst chemical nematicides, and it does not harm the populations of other organisms in the soil. The product is simple to use, and does not require the use of special protective clothing during application. It also allows for a significantly shorter waiting period between application and planting. In addition, it has been shown that the product is highly efficacious across diverse climatic zones in field trials conducted around the world.

In approving the use of NIMITZ® in the US, the U.S. Environmental Protection Agency (EPA), stated that. NIMITZ® provides a safer and simpler alternative in comparison with existing solutions. In addition, the Agency determined that NIMITZ® "provides lower-risk chemical control of nematodes than methyl bromide and other restricted use soil fumigants".

NIMITZ application options include simple use via drip-irrigation, and broadcast or banded spray application with mechanical incorporation.This means that most growers will not need additional application equipment nor require input from external contractors.

Nematodes are among the most destructive and problematic pests, causing growers an estimated annual yield losses of more than $100 billion worldwide. In addition to reducing crop yields, nematodes can affect the external appearance of the harvested crops, making them unattractive for retail consumers.

Adama recently inaugurated a new manufacturing facility in NeotHovav, Israel in order to support the sale of NIMITZ® on a worldwide basis.

ADAMA is continuously investing significant AR resources in advanced R&D in the fields of chemistry and agriculture to provide farmers with unique solutions that will assist them in increasing productivity and crop quality.