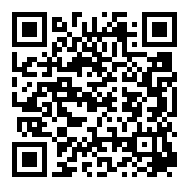 Nimitz, a revolutionary product, delivers an unmatched combination of efficacy, simplicity and safety for control of plant-parasitic nematodes on commercial vegetables.

With its fast-acting and unique mode of action, Nimitz raises industry standards. As a truer, more complete contact nematicide, it also fills a void in the absence of methyl bromide.

“Nimitz is a contact nematicide, not a fumigant,” says Herb Young, ADAMA brand leader. “And because of its residual activity, Nimitz’s control of nematodes often exceeds the commercial standards. The distinct advantage over other nematicides is that it frees growers from complications, liabilities, and dangers associated with fumigants.”

As a non-gas formulation, the active ingredient in Nimitz is distributed through the soil and into contact with nematodes through irrigation or rainfall. Unlike older chemistries, there is no mandatory tarping or specialized machinery requirement. Applications may include broadcast or banding with mechanical incorporation or through drip-injection.

As a ‘true nematicide’, Nimitz causes irreversible nematicidal activity which results in pest mortality within 48 hours of application, rather than temporary nematostatic (immobilizing) activity as seen with organophosphates and carbamate nematicides.

“Nimitz is lethal to nematodes.  As a result, we see greatly improved root health all season which leads to yield enhancement,” says Young.

The EPA wrote in the Federal Docket on July 24, 2014 that, “Fluensulfone (Nimitz) represents a safer alternative for nematode control with a new mode of action and a much simpler and straightforward product label.”

A secondary crop tier has been submitted to the EPA for future registration on potatoes, strawberries, carrots, tobacco and turf.

As new tool for California vegetable growers, Nimitz has the potential to bring safety and simplicity to the nematode control arena which is constantly under increasing regulatory pressure.