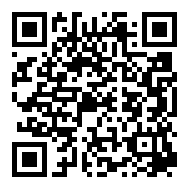 ADAMA Agricultural Solutions Ltd. (“Adama”) announced that it has achieved Israeli regulatory approval to market NIMITZ® (fluensulfone), a novel, non-fumigant nematicide with unprecedented user safety and simplified application features. The innovative product controls nematodes, one of the most destructive and problematic pests in agriculture worldwide. NIMITZ®, which is unique and proprietary to Adama, is the culmination of the investment of significant resources over a number of years in advanced R&D in the fields of chemistry and agriculture.
Adama recently inaugurated a new manufacturing facility in Neot Hovav in order to support the sale of NIMITZ® on a worldwide basis.
According to the US Environmental Protection Agency (EPA), which examined the product in the process of granting its US registration, NIMITZ® provides a safer and simpler alternative in comparison with existing solutions. In addition, the Agency determined that NIMITZ® "provides lower-risk chemical control of nematodes than methyl bromide and other restricted use soil fumigants".
Danny Karmon, Senior Innovative Product Manager and NIMITZ® Project Manager, noted: "Over many years of intensive development and testing, whether in the lab, in greenhouses, field trials or semi-commercial trials, NIMITZ has consistently shown that it is a better nematicide than other commercially available products. Adama's vision is "Creating Simplicity in Agriculture", and NIMITZ is a prime example of this, since it combines simplicity of use together with increased efficacy in an economical solution to a major global pest for farmers."
Nematodes are among the most destructive and problematic pests, causing growers an estimated annual yield losses of more than $100 billion worldwide. In addition to reducing crop yields, nematodes can affect the external appearance of the harvested crops, making them unattractive for retail consumers.