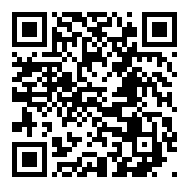 The new non-selective herbicide Terrad’orⓇ (tiafenacil), developed by FarmHannong, has taken its first step into the overseas market. On April 4, FarmHannong launched Terrad’orⓇ ME in Colombo, Sri Lanka, with local partner Lankem. Lankem is the leading company in the agricultural industry in Sri Lanka, founded in 1964.
More than 180 people attended the launching ceremony which, included officials from the Sri Lankan government, the main distributors, and farmers. Terrad’orⓇ ME was registered in Sri Lanka in January 2019 as a non-selective herbicide for use in the pre-plant burndown treatment for paddy and non-crop fields.
Terrad’orⓇ is a new pyrimidinedione herbicide that inhibits chlorophyll formation in weeds and generates active oxygen, which destroys cells and shows quick herbicidal effects. Also, as it is not harmful to humans or animals, it can be used safely.

In Sri Lanka, rice is the largest cultivated crop, accounting for 45% of the total arable area. However, after 'paraquat’ was banned in 2010, due to its toxicity to human and animals, which had been extensively used as a pre-plant burndown treatment for paddy, farmers often had to conduct tillage operations twice.
Mindful of being concerned with crop protection in Sri Lanka, Terrad’orⓇ’s successful registration guarantees its safety.
Terrad’orⓇ provides proven  control against problematic weeds resistant to Glyphosate and Glufosinate. A one time application of Terrad’orⓇ before sowing presents outstanding control to even persistent weeds, saving costs during tillage.
“Non-selective herbicide Terrad’orⓇ shows a prompt and powerful burndown efficacy, thus it will be a new and effective solution to control weeds,” emphasized Lee You-jin, CEO of FarmHannong, speaking at the launching ceremony. He added, “We are planning to expand Terrad’orⓇ business all over the world to provide convenience in controlling weeds effectively.”
FarmHannong has already acquired patents for Terrad’orⓇ in 29 countries, including the US, Japan, China and Australia, to tap into the world's non-selective herbicide market. By introducing the herbicide in Sri Lanka, FarmHannong plans to begin selling  Terrad’orⓇ in  overseas markets, such as China, USA, Brazil, Australia and Southeast Asia.
In March 2019, FarmHannong established its local corporation in Kuala Lumpur. With the creation of a Malaysian subsidiary, FarmHannong is operating four overseas subsidiaries, including in the USA, China and Thailand, and FarmHannong will continue to expand its overseas business base.
View More