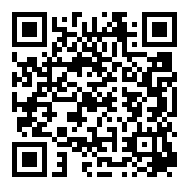 FarmHannong received the Grand Award for New Technology Innovation of its herbicide, Terrad’or (tiafenacil - trade-marked as Terrad'or) at the '2019 Korean Innovation Frontier Award' hosted by Korea Standards Association(KSA), the largest certification body in South Korea and carries out the certification of the Korea Industrial Standards(KS) and the international certification(ISO, JIS, etc.).
FarmHannong won the New Technology Innovation Award for its non-selective herbicide Terrad’or with its outstanding R&D performance and global business competitiveness. It was also praised for strengthening quality innovation and global business under CEO leadership, and for operating systems optimized for customer satisfaction and continuing to invest in R&D.
Terrad’or, is regarded as fast acting hergbicide among non-selective herbicides in South Korea, quickly and forcefully controls weeds by inhibiting chlorophyll formation in weeds and generating active oxygen to destroy cells. It is highly rainfastness, and has no damage to humans and animals while its control efficacy on weeds resistant to glyphosate is strong.
Terrad’or Plus(tiafenacil + glyphosate), which was released by FarmHannong last year in South Korea, is a non-selective herbicide used in orchards and non-crop lands with a wide weed control spectrum and long lasting efficacy. In addition, Terrad’or Gold(tiafenacil + glufosinate-ammonium), which was commercialized this year in interrow application, orchards and non-crop lands, can control troublesome weeds such as Copperleaf(Acalypha australis), Purslane(Portulaca oleracea), field horsetail(Equisetum arvense). Terrad’or ME, launched in Sri Lanka this year, is used as a pre-plant burn-down treatment for paddy rice and non-crop lands.
"Terrad’or, which has been developed over 10 years and with great effort, is recognized for its excellence," said Mr. Youjin Lee, CEO of FarmHannong. "We will continue to lead the development of the best products and solutions that contain differentiated customer values and become a global Green Bio Company enriching human life."
View More