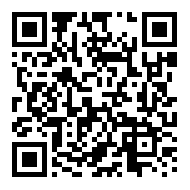 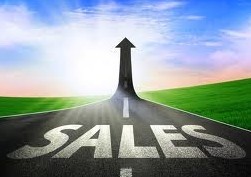 ChemChina subsidiary Makhteshim-Agan Industries (MAI) recorded a 13.9% increase in agrochemical sales to $ 683.8 million in the third quarter ended Sep 30, 2013. The total sales grew by13.8% to $732 million. The increase derived from increased quantities sold and higher selling prices, which compensated for the weakening of various currencies in some of the regions in which the Company operates.

Commenting on the results, Chairman of the board Yang Xingqiang said, "During the third quarter, MAI recorded sales growth in every region, but especially in Latin America and Asia, as well as impressive gains in gross profit, EBITDA, operating profit and net income.”He also stated a tender offer for a Chinese agrochemical company Hubei Sanonda. " Building the a fully integrated platform in China together with key strategic processes that the management team of Makhteshim Agan is leading are important elements of our future development. Our initiatives are aimed at achieving profitable growth, and improving the global competitive position of the Company in the agrochemical sector." "

The increase in the amount and rate of the gross profit during the quarter stemmed primarily from an increase in quantities sold, a better product mix and from increasing selling prices, partially offset by an increase in raw materials prices and production costs, as well as by a weakening of several currencies in which the Company operates against the US dollar.

For the first nine months, agrochemical sales rose by 7.3% to $2,268.5 million, while total sales boosted by the same amount to $2,420.7 million. Gross profit was up by 5.6% at $782.1 million. The growth stemmed primarily from quantities sold and higher prices.

Sales in Latin America gained the strongest sales growth in this quarter, with sales rising by 26.4% to $237.6 million. Nine months sales increased by 16.9% to $505.8 million. This reflected a significant increase in quantities sold and a rise in selling prices, primarily in Brazil.

Sales in Asia Pacific & Africa increased by 12.6% to $146.7 million in this quarter. Nine months sales rose by 10% to $439.0 million.The rise was largely due to an increase in quantities sold and higher selling prices, which were partially offset by a weakening of currencies in the region.

Sales in Europe increased by 7.5% to $227.5 million, and by 5.1% at $1,004.1 million for the nine months. The growth came from an increase in quantities sold and higher selling prices despite lower exchange rates.

Sales in North America boosted by 5.7% to $93.6 million in the quarter, reflecting an increase in quantities sold which was partially offset by lower selling prices. Sales for the nine months were flat at $390.2 million.