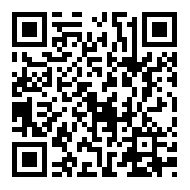 ChemChina subsidiary Makhteshim-Agan Industries (MAI) posted a 1.9% increase in agrochemical sales to $748.2 million in the second quarter ended June 30, 2013. The total sales grew by 2.5% to $803.3 million in this quarter. For the first half year of 2013, the agrochemical sales rose by 4.6% to $ 1,584.7 million, and the total sales boosted by 4.8% to $1,688.6 million.The second quarter and first half year of 2013 posted an increase in sales that stemmed primarily from an increase in quantities sold in most regions of operation despite the decrease in sales in North America, which resulted from severe weather conditions and accumulated stocks in the marketing pipelines.It is noted that the effective level of exchange rates the Reporting Period was lower than the level at which the Company operated in the corresponding period last year and accordingly, sales in the second quarter reflect a negative effect of the exchange rates in an amount of $ 9.5 million.

Second-quarter gross profit slightly dropped by 0.5% to $ 253.4 million. Gross profit for the six-month of 2013 advanced by 1.2% to $ 548.2 million. The change in the gross profit rate in the quarter and in the Reporting Period stemmed mainly from a rise in the prices of raw materials and the lower effective exchange rate level than that at which the Company operated in the corresponding period but which was partially offset by the Company's better product mix.

Europe was the company’s largest region for business, accounting for 42.4% of consolidated sales. Second quarter sales were up by 6.2% to $340.6 million.The increase was driven by quantities sold and from raising the selling prices despite the severe weather conditions.Half year sales in Europe rose by 4.4% to $776.6 million. The increase was due to an increase in quantities sold and raising the selling prices. It is noted that the effective exchange rate level in the Reporting Period was lower than the level at which the Company operated in the corresponding period last year.

Breakdown of quarterly sales by percentage:

Latin America accounting for 17.4% of sales ,which rose by 1.8% to $139.8 million.Half year sales were up by 9.6% to $268.2 million.The rise resulted from an increase in quantities sold, together with higher selling prices.

Asia Pacific and Africa posted the highest growth, with sales rising by 13.0%to $144.2 million in this quarter,making up 18.0% of total sales. Half year sales were up by 8.7% to $292.3 million.The increase in the quarter and in the half year stemmed mainly from an increase in quantities sold, which was partially offset by lower selling prices and a weakening of the various currencies in the region.