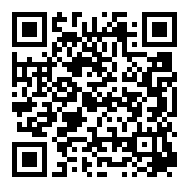 
Chen Lichtenstein, Adama’s President and CEO, commented, "Our results during the first half of the year demonstrate the Company's continued growth in all key territories despite challenging weather conditions in North America and drought in Australia. Additionally, our market reach and comprehensive product portfolio, which spans across the entire value chain, allowed us to deliver strong performance in most markets."

"During the quarter, we began rolling out our new brand globally; a process that will contribute to the strengthening of our commercial platform, which is focused on supporting local farmer needs with global expertise and quality solutions. Additionally, we have begun to implement a new organizational structure to focus on the implementation of our growth strategy alongside the continued advancement of our key strategic initiatives in China"

During the second quarter, sales in Europe decreased slightly to $336.1 million from $340.6 million in Q2 2013, reflecting the short winter, which shifted the timing of some sales to the first quarter, followed by unseasonably cold and wet weather during the first half of the second quarter, which decreased demand during that period. However, over the half-year period, sales increased by 3.4% to $803.4 million from $776.6 million in H1 2013, reflecting an increase in sales volumes and the raising of selling prices. The strengthening of the Euro during the period was offset by currency hedging.

For the second quarter, sales in North America rose by 16.4% to $175.5 million from $150.8 million in Q2 2013. The increase reflected higher sales volumes that were achieved despite a number of challenges during the season, including adverse weather conditions, inventories accumulated in the distribution channels and the weakening of the Canadian dollar. Over the first half of the year, sales in North America increased by 5.8% to $313.9 million from $296.6 million in the first half of 2013, reflecting the factors described above.

sales in Asia Pacific and Africa increased by 14.5% to $165.2 million from $144.2 million in Q2 2013 in the second quarter, reflecting an increase in sales volumes, notably in India, despite drought conditions in a number of Asian countries. This was offset partially by the weakening of currencies in certain of the countries in the region. For the first half of the year, sales in the region increased by 5.3% to $307.9 million compared with $292.3 million for H1 2013, with the strong growth in quantities sold in the second quarter compensating for the decrease in quantities sold in the first quarter.