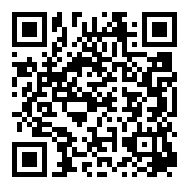 The Pesticide Action Network (PAN) India has requested the Centre to implement total ban on 27 toxic pesticides, proposed already, and give priority to people’s health and environment over the chemical industry.

In statement issued here on Saturday, the advocacy group stated that the Ministry of Agriculture and Farmers Welfare, responding to industry groups, had amended the draft order issued on May 18 proposing total ban on 27 pesticides and issued a revised order on June 10.

As per the revised order, the government would now allow manufacturing of these pesticides for export purpose.

Donthi Narasimha Reddy of PAN India said the ministry had extended the time for comments by stakeholders from 45 to 90 days with an official indicating that the government could review the ban if industry furnishes documents proving that these chemicals are safe for environment.

“We compliment the government for taking the long-awaited step to ban the 27 pesticides, many of them banned already in several countries. However, the recent developments indicate that the ban is in the process of being watered down or withdrawn completely, purely with the consideration of profit motive of the chemical industry,” he observed.

He stated that 20 of the 27 pesticides are part of the PAN International’s list of highly hazardous pesticides (HHPs) with proven high acute toxicity, long-term health effects and hazardous to the eco-systems. The ministry’s ban order itself stated that the 27 pesticides are carcinogenic, neurotoxic, disruptive to the hormonal system and linked to reproductive and developmental disorders. Besides, they are also highly toxic to bees, aquatic organisms and birds, Mr. Reddy noted.