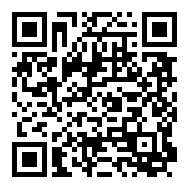 The central government's proposal to ban 27 pesticides, accounting for 15-20 per cent of the Rs 45,000 crore organised agrochemical sector revenue, is unlikely to impact manufacturers materially due to a troika of reasons, rating agency Crisil said.

First, the ban is unlikely to be implemented in the current fiscal due to the Covid pandemic and as seen in the past, such bans are implemented in a phased manner. Second, manufacturers are getting ready with substitutes, given that ban on some of these products was anticipated, And third, exports of these products (40 per cent of revenues) are being permitted on a case to case basis, the agency said in its report on the sector.

An analysis of 31 CRISIL-rated agrochemicals firms, accounting for 87 per cent of the organised agrochemicals sector revenue in fiscal 2020, shows as many as 25 of them generate less than 15 per cent of their revenue from the pesticides proposed to be banned. The balance six have 15-50 per cent exposure, and of these, many also have a high share of exports.

The government issued a draft ban order in May 2020, citing high toxicity level of these 27 pesticides, and their impact on soil health. These products were initially identified based on the recommendations of the Verma committee made in 2015.

The government has sought responses from stakeholders by mid-August 2020.

Given the pandemic-induced challenges faced by both, farmers and agricultural input suppliers, the government is likely to implement the final ban only from the next fiscal, that too in a phased manner, the analysis said. Besides, over 50 per cent of annual sales of these products will be completed in the ongoing kharif season of fiscal 2021.

According to Sameer Charania, Director, CRISIL Ratings, "Anticipating the ban, most firms had already begun to diversify their product basket and geographical reach in recent years. That, along with the expected phased implementation of the final order, will allow firms to realign their product portfolio through generic substitutes and co-marketing opportunities, and soften the blow on revenues."

Additionally, the government is permitting exports, which account for 40 per cent of revenue for these products, on a case-to-case basis. Notably, 20 of these 27 pesticides are exported to regions such as Latin America, United States, Asia Pacific and European Union, where there is no ban on their usage. In the past, too, the government allowed exports of banned products where firms had contractual obligations.

Net-net therefore, there will be only modest impact on revenues. "Considering the ban will be implemented in phases in the domestic market, we expect revenue growth for the Crisil sample set to moderate by 200-400 basis points (bps) over the medium term, compared with healthy 10-12 per cent growth anticipated for fiscal 2021.

The ban is unlikely to impact the credit profiles of agrochemical firms, which have strengthened over time due to steady demand and profitability as well as prudent capital spending and working capital management. The estimated median gearing and interest cover of the sample set stood at an estimated 0.47 time and 6 times, respectively, at the end of fiscal 2020, providing for sufficient loss absorption capacity.

That said, 10 per cent of the sample set with high share of these 27 products (25-50 per cent of revenue) and limited alternative products will be vulnerable to the ban.