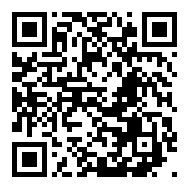 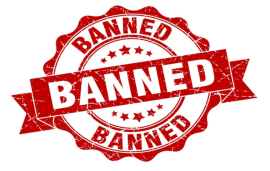 There is evidence from India and elsewhere about the harmful effects of these pesticides. It is the industry’s lobbying that has delayed notification of the ban.

On May 18, 2020, a long-pending notification consisting of a draft ban order was put out for public feedback by the Ministry of Agriculture and Farmers’ Welfare, proposing a ban on the manufacture, sales and imports of 27 pesticides in India. The industry immediately went into an overdrive.

At the behest of the industry, the Department of Chemicals and Petrochemicals shot off a letter to the Agriculture Ministry, stressing that markets will be affected along with the pace of economic growth, especially in the Covid-19 pandemic situation.

The Agriculture Minister along with some senior officials subsequently graced a webinar organised by industry bodies. This kind of obliging participation was not witnessed even when groups like Swadeshi Jagaran Manch mobilised around two lakh signatures asking for a ban on a deadly pesticide like Glyphosate.

Soon after, the Agriculture Ministry put out another notification on June 13, in which the deadline for public comments was extended by 45 more days and manufacture of these pesticides for exports was allowed. The Ministry of Agriculture’s draft order has a background that needs to be explained, to showcase why and how the pesticides industry is being unreasonable as well as out of step with the times.

Deemed to be registered

India began regulating pesticides by enacting the Insecticides Act in 1968 after a major pesticide poisoning accident in 1958 in Kerala claimed scores of lives. By the time enforcement of the statute started, 71 pesticides were reportedly already in use, and these were “deemed to be registered”. The list of such DRPs (Deemed to be Registered Pesticides) is not readily available on any government website, incidentally, and the author has been able to put together a list of 51 DRPs from different sources so far. Six of these have been withdrawn pending data submission, eight have been banned and five are to be phased out by the end of 2020.

Importantly, 17 of the 27 proposed-to-be-banned pesticides are DRPs and it is only consistent with earlier measures that these be banned too. These DRPs obviously did not get registered after their bio-safety (safety to human health and environment) and efficacy was thoroughly assessed.

While lack of required safety data of particular kinds with regard to many of these pesticides has been pointed out repeatedly in the past — by a Joint Parliamentary Committee as well as review committees in 1999, 2005 and 2013 — the tardy reliance on the industry itself to produce that data has been alarming.

Meanwhile, lack of information is not an issue with just the DRPs. Bio-safety data submitted by the registrants, or even entire review committee reports are shrouded in secrecy and are not put out in the public domain by the Government of India. They have been turned down even under RTI.

On the one hand is lack of comprehensive data with regulators to prove safety, and on the other hand, there is evidence from India and elsewhere about the harmful effects of these pesticides. Several are WHO Class I pesticides (‘extremely hazardous’ and ‘highly hazardous’) in terms of their acute toxicity, some are classified as probable human carcinogens, some documented for their toxicity on bees, fish, earthworms, etc.

Several are implicated in fatal pesticide poisonings whether it is occupational, or accidental or even intentional. Several are found to have caused export consignment rejections due to residues, and such residues are found in India’s domestic food supply chains too. Against this background, what the government is proposing in terms of a ban is the absolutely right step and is in fact long overdue.

The ban was around the corner, and there was therefore nothing abrupt about this notification. In fact, it is the industry’s lobbying that has delayed the notification by at least one-and-a-half years since the review is supposed to have been completed by 2018.

Thirdly, the oft-heard industry argument that ban decisions in other countries cannot be a valid ground to trigger reviews and bans in India given our own unique agro-climatic conditions, etc., needs to be countered. When it comes to pesticide registration, India is into a “MAD” (mutual acceptance of data) agreement with OECD in the name of harmonisation (and laughably, justified in terms of reducing the number of experimental animals subjected to lab studies even as the industry and regulators ignore large scale evidence of adverse impacts of many pesticides on unintended organisms including wildlife). However, using double standards, industry says that data from elsewhere is not acceptable for bans.

At another level, it is worthwhile to note that ban decisions elsewhere have become a trigger here only in the absence of automatic and periodic review mechanisms for every pesticide registered. If the regulatory regime incorporates a system of reviewing the continued safety of a registered pesticide every five years or so, we need not depend on bans elsewhere.

And for such reviews, a fund collected from the industry can be used by the regulators (with the involvement of State governments too) to commission independent bio-safety studies, apart from collecting any on-ground documented evidence on that pesticide. This is because every such regulatory regime (like the one related to pesticides or GMOs) has to co-evolve with the evolution of regulatory or safety science itself with newer protocols, testing technologies as well as evidence of (lack of) safety.

Most importantly, pest and disease management practices themselves have to change in Indian agriculture based on contemporary science of pest management, and farmers cannot be asked to be following hazardous treadmill technologies just because the industry has installed factory capacity to be utilised for production of poisons. It is this lack of recognition of post-modern science of pest management that makes the industry argue that “alternatives” are expensive. They are not, since the industry is not talking about real agro-ecological, affordable, safe, farmer-controlled alternatives.

It will be shameful if India behaves like the developed world in adopting double standards when it comes to banning some pesticides for domestic use but allowing exports of the same.

Lastly, decisions around banning toxic substances cannot be made based on market shares and economic growth. Sustainable development is a commitment that India has made to the world and to its citizens. Importantly, market shares are not to be prioritised when the Right to Life of citizens is at stake due to the continued use of deadly pesticides.

This is a reminder to the Government that it is not just these 27 pesticides that need to be banned but around 75 others. It is not out of place to point out that this will be in line with the Prime Minister’s Independence Day exhortation to farmers of the country to protect Mother Earth and reduce use of agro-chemicals.