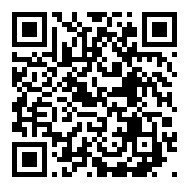 The company claimed that the large growth of sales owing to the merger with Beijing Nutrichem company in 2012, which brought agrochemical business into Huapont. During 2012, Beijing Nutrichem’s sales reached RMB 3,029 million, equivalent to 78.15% of total sales; while net profit attributable to the parent company reached RMB 180 million, accounting for 54% of general profit. In 2012, after the merger, Huapont-Nutrichem spent RMB 70.5 million on R&D pipeline (1.82% of sales during 2012, 2.63% of net asset by the end of 2012).

In recent years, Beijing Nutrichem independently developed more than 70 biorational, environmental and effeciency high-tech agrochemicals. Among them, some 29 were granted patents (1 foreign patent). In addition, Nutrichem participated in formulating 6 Industrial Standards and 2 FAO International Standards which have been carried out.