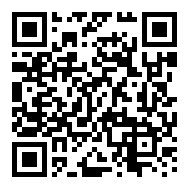 Recently Huapont Pharm announced its 1H 2012 performance report, showing that the company has achieved a business income of Yuan 1.811 billion which is 520.27% up year on year, as well as an operating profit of Yuan 292 million which is 349.51% up year on year. These achievements are owing to the merge with Nutrichem, the fast-growing pesticide and pharmaceutical businesses. The net profit attributable to shareholders of listed companies from this January to September is expected to be 160%-190% up year on year.
Huapont Pharm merged Nutrichem in December 2011, which is a move toward diversified business structure consisting of pharmaceutical and pesticide while supplemented by tourism and investment activities. From January to June 2012, the financial statement of Nutrichem was consolidated with the company, resulting in a significant growth with respect to the business income and net profit of the report period owing to the high-growing pesticide business of Nutrichem.
Generally the consolidation with pesticide business contributed to the grown YOY income of Yuan 1.404 billion and the grown net profit of Yuan 64.93 million in the current period. Comparably the Nutrichem pesticide income in the report period was Yuan 1.404 billion, being 23.02% up YOY; net profit was Yuan 78.0014 million, being 35.75% up; and gross profit rate was 13.56%, which is slightly higher than the 12.27% in the same period of last year, possibly owing to the higher productivity and lower cost of raw materials.