Sumitomo Chemical sales down 12% in nine-month 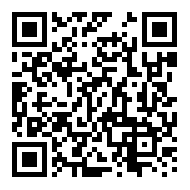 In the area of crop protection chemicals, shipments of herbicides remained strong in an overseas markets, but sales declined due to seasonal effects caused by a change in an overseas subsidiary’s fiscal year to the end of March from the end of December.Shipments of pharmaceutical chemicals and the long-lasting insecticidal mosquitonet, Olyset® Net, decreased due to lower demand. Market prices of the feed additive methionine declined.
View More