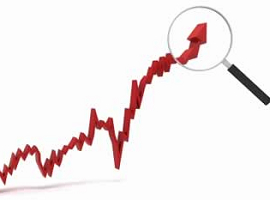 Glyphosate experienced a price hike in 2008, at that time all glyphosate producers in China expanded their capacity, which then resulted in an oversupply situation with the price slumping from the peak of Yuan 120,000/ton in 2008 to Yuan 19,000/ton in the first quarter of 2009, hence falling into a 3-year long phase of adjustment.

An analysis from securities experts shows that the total glyphosate capacity under normal operation in 2011 was roughly 800,000 tons while the capacity which was shut down for 1 – 2 years and above 2 years amounted respectively to 140,000 tons and 70,000 tons. Once glyphosate price starts to shoot up, the capacity in shutdown at present will be resumed. In case of continued implementation of stringent environmental regulation, glyphosate price will be likely to break through Yuan 30,000/ton (13% rise), or may even go up to a maximum of Yuan 34,000/ton (28% rise); but in case of lack of environmental enforcement to waste water control which results in resumed production by environmentally non-conformable producers, glyphosate price may wander at about Yuan 29,000/ton (9% rise).