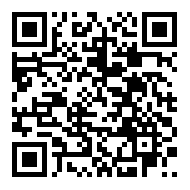 Sumitomo Chemical Co., Ltd. and Yara International ASA (“Yara”), the world’s leading ammonia manufacturer of Norway, have agreed to explore potential collaboration to advance the use of clean ammonia.*1

Ammonia is a compound of hydrogen and nitrogen. Globally, around 200 million metric tons of ammonia were produced in 2019, approximately 80% of which is used in fertilizers and the remaining 20% primarily as a raw material for petrochemical products, such as acrylonitrile and caprolactam, raw materials for synthetic fiber. In recent years, as global efforts toward achieving carbon neutrality gain momentum, work is under way to develop technologies for utilizing ammonia, which does not emit CO2 when combusted, as an energy source by adding ammonia to fuels for coal-fired power plants or completely replacing those fuels with ammonia. The chemical compound is also attracting attention as a means for storing and transporting hydrogen.

Sumitomo Chemical had its greenhouse gas (GHG) emissions reduction targets certified by the Science Based Targets*2 (SBT) initiative in October 2018, becoming the world’s first diversified chemical company to receive the certification. The Sumitomo Chemical Group has been implementing various initiatives to meet its commitment to reducing emissions by 30% by fiscal 2030 compared with fiscal 2013, and is also considering raising its reduction targets. Under this agreement reached with Yara, Sumitomo Chemical will begin studying the possibility of using Yara's clean ammonia as a raw material for petrochemical products, as well as utilizing it as a source for clean energy at the Company’s production sites as part of its fuel conversion efforts. Further, to promote the use of clean ammonia in Japan, the Company will explore potential collaborative projects with Yara, including stocking Yara's clean ammonia at storage facilities in its Ehime Works, one of the largest of its kind in the country.

Sumitomo Chemical is committed to contributing to society through its business activities, as set out in its Business Philosophy. Going forward, the Sumitomo Chemical Group will continue to work as one to create both economic value and social value in an integrated manner, achieving sustained growth and contributing to building a sustainable society.

*1   A general term referring to “green ammonia” and "blue ammonia.” Green ammonia is ammonia made from hydrogen that is generated by using renewable energy, such as electricity from solar power and hydraulic power, while blue ammonia is fossil-resource-derived ammonia produced by the process that essentially does not emit CO2 by collecting and recycling CO2 generated from the process.

*2   Greenhouse gas emissions reduction targets set by companies, based on climate science, to meet the goals set in the Paris Agreement.