Fungicide that combines mancozeb, azoxystrobin, and prothioconazole launched in Brazil 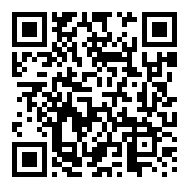 UPL announced the launch of the fungicide Evolution, a multisite technology that works against complex soybean diseases, which combines three active principles: mancozeb, azoxystrobin, and prothioconazole, in Brazil.

According to the manufacturer, the three elements “complement each other and are highly effective in defending crops against the growing health challenges of soy and in managing resistance.”

“Evolution is the result of a long research and development process. Before its launch, it was tested in several different planting areas, which reinforces UPL's commitment to helping farmers produce more and more sustainably. After all, fungi are the main enemies in the chain; without proper treatment, these productivity enemies can cause losses of up to 80% of the oilseed crop,” says Marcelo Figueira, Fungicide Manager at UPL Brasil.

According to him, Evolution has guaranteed efficacy against the five major diseases that compromise the success of soybean production: anthracnose (Colletotrichum truncatum), leaf blight (Cercospora kikuchii), target spot (Corynespora cassiicola) and powdery mildew (Microsphaera diffusa), in addition to fearsome Asian blight (Phakopsora pachyrhizi), which alone can cause the loss of eight out of every 10 bags of soybeans.

“Considering the average productivity of the 2020-2021 crop, estimated at 58 bags per hectare, without the effective control of phytosanitary problems, soy production could drop dramatically, between 9 and 46 sc/ha, depending on the disease and its intensity. Considering the average price of the sack, the potential for losses would be almost R$ 8,000 per hectare. Therefore, farmers must pay special attention to fungi. Evolution arrives on the market with its proven effectiveness, to contribute to the farmer and help him win the war against soybean diseases,” the UPL Brasil manager said.

Figueira added that Evolution has multisite technology, a concept created by UPL in which the product offers simultaneous action of different active ingredients at various points in the metabolism of fungi. This technology helps to reduce the possibility of diseases resisting pesticides considerably. Furthermore, it is an essential ally in the face of mutations that fungi can undergo.

“UPL's new fungicide will contribute to the protection and exploitation of maximum soybean yield, generating practicality and flexibility of application, with the indicated use for different moments of the cultivation cycle, providing greener and healthier plants, in addition to increasing the soybean quality. All this with ease of application, without the need for a tank mix, and maintaining high levels of control. These are Evolution's commitments,” Figueira said in conclusion.