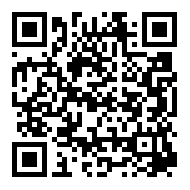 The French government will propose lifting a ban on certain pesticides blamed for harming bees to protect sugar beet crops that have been ravaged by insects this year, the agriculture ministry said on Thursday.

The government plans to support a legislative amendment in parliament later this year to exempt sugar beet for up to three years from a general ban on neonicotinoids, the ministry said in a statement following a meeting with sugar industry representatives.

Sugar beet growers blame the ban on the neonicotinoid group of crop chemicals for insect attacks that could decimate yields this year and say this further threatens the French sugar sector after a price slump in recent years already led to factory closures.

In addition to the proposed re-authorisation of neonicotinoid pesticides for sugar beet in time for next year’s spring planting, the ministry said 5 million euros ($5.9 million) would be offered to support research into alternatives to neonicotinoids.