France bans flupyradifurone and sulfoxaflor as they harm bees 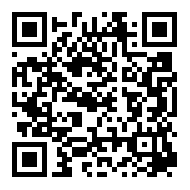 Two pesticides with the same mode of action as neonicotinoids, causing harm to bees, are now prohibited, according to a decree published this Tuesday, December 31, 2019, in the Official Journal.
The two substances, flupyradifurone and sulfoxaflor, are considered to be new generation neonicotinoids, the prohibition of which is provided for by the Egalim Law.
Neonicotinoids, which surfaced in the 1990s and have become the most widely used insecticides in the world, attack the nervous system of insects, and therefore, pollinators. Even at low doses, bees and bumblebees become disoriented, can no longer find their hive, and the sperm of the males is damaged.
The list of prohibited products grows
Five neonicotinoids (clothianidin, thiamethoxam, imidacloprid, thiacloprid and acetamiprid) had already been banned from any phytosanitary use in September 2018.
In September, following the vote of the Egalim law, the Ministry of Ecological Transition had put in consultation a draft decree to add sulfoxaflor and flupyradifurone to this list.
Even before this ban, which takes effect on January 1, neither of the two substances were available in products marketed in France.
Putting forward the risk for bees, justice, seized by associations of defense of the environment, at the beginning of December had suspended and then prohibited the sale of two products based on sulfoxaflor of the American manufacturer Dow AgroSciences (Corteva).
The French Health Security Agency (ANSES), which had given authorization in 2017 to market these two products, had decided not to contest the decision, citing the next ban on the two new neonicotinoids.
View More