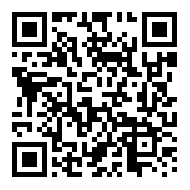 The French Government is committed to reducing the impact of the use of plant protection products on pollinators and ecosystems. The Government has decided to ban the use of two plant protection substances with identical action modes to neonicotinoids, in application of the EGalim law.
Neonicotinoids are a family of substances used in insecticidal products. These substances act on the central nervous system of insects. Because of their toxicity to pollinators, as evidenced by numerous studies, these substances are one of the causes of the decline of bee colonies.
Since 1 September 2018, France has banned, under the Biodiversity Act of 2016, the use of 5 active substances of the family of neonicotinoids in phytopharmaceutical products and in the treatment of seeds.
The Government wishes to go further in the protection of health and the environment by implementing the prohibition provided for in the EGalim law, substances with the same mode of action as neonicotinoids. In the current state of knowledge, two substances meet this definition: sulfoxaflor and flupyradifurone.
That is why the Ministry of Ecological and Solidarity Transition, the Ministry of Solidarity and Health and the Ministry of Agriculture and Food have drafted a decree to ban these two substances by the end of year. This decree is put into public consultation as of September 11, for three weeks, at the following address: http://www.consultations-publiques.developpement-durable.gouv.fr/consultation-publique-sur-le-projet-de-decret-a2033.html
At the same time, France is taking ambitious positions at European level in order to strengthen the taking into account the impacts on pollinators in the authorization process for new plant protection substances.
View More