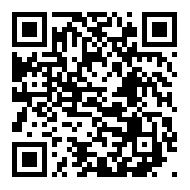 CropChem: Key considerations for developing a formulation are understanding local characteristics/needs for the Latin American market 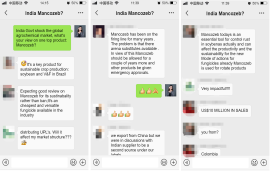 Why Mancozeb and Acephate?

The Indian Government proposed to ban 27 pesticides, shocking the agrochemical industry. According to statistic from the Ministry of Chemical Industry, India's production of Mancozeb and Acephate were 82,000 and 19,000 tons per year, respectively, with the two ranking first and second in terms of exported value of agrochemicals.
This issue has gained considerable attention this week. According to some, the US and Canada are concerned about the issue, while others have commented that it is good outcome, as a part of overall production will return to China. After collecting 29 surveys within the same day, nine of the participants were European and North American traders or distributors, and it is interesting to see their views on Mancozeb.
The complete article about Mancozeb is coming soon in the "Latin America Focus" magazine. China's total export of Mancozeb was valued at US$99 million, $96 million and $81 million in 2017, 2018 and 2019, respectively, with export figures dropping during those years.
Countries, such as Indonesia, Brazil, Egypt, Nigeria, Ecuador, Bangladesh and South Africa, have sharply decreased their imports from China, most notably South Africa, whose imports from China dropped from $4.9 million to $246,700, after signing a major big trade deal with India.
- Vietnam, Tanzania and the Philippines maintained their import levels from China.
- India increased the number of markets it supplies, to include Costa Rica, Peru, Ecuador, Colombia, South Africa, Tanzania, Nigeria, Egypt and Kenya.

How do we analyze Mancozeb?
1.World demand
2.Supply-demand relationship
3.The five-year-price trend
4.The change in formulation
5.Main suppliers

1.World demand
Total demand of Mancozeb is 150,000 ton, while the global sales reached 1 billion $ (year 2018).
2.Supply-demand relationship
The major global players have been considered. The unfinished link game is yet to be completed. 4. The change in formulation
From 2017 to 2019, the number of formulations of Mancozeb increased to 20. The most common formulation is Mancozeb 80% WP from China. This product has a monopoly with little competition, and it is exported more than TC and obtains greater profit. Mixtures with Dimethomorph will become more popular over the next few years.
5. Main suppliers
There are 239 Chinese companies that export Mancozeb. Limin and Dow occupy 21% and 10% of the oversea market among Chinese suppliers.

What is Mancozeb?
Mancozeb is not easy to develop resistance, the control effect is significantly better than other similar fungicides, and it has the effect of increasing yield and protecting crops. Mancozeb is a multi-acting site fungicide, which has a broad bactericidal spectrum, ranging from lower fungi to higher fungi, and has an effect on most pathogens. Registered and controlled more than 400 diseases on more than 90 crops around the world. Applied crops are mainly concentrated in fruit trees and vegetables.
Source: AgroPages China Pesticides Exporting Analysis System, Data period 2015-2019
《AgroPages China Pesticides Exporting Analysis System》
《AgroPages India Pesticides Exporting Report》
Ready to Order, Contact for Trial account:
agropages@vip.163.com
WhatsApp: +86 13157309883
View More