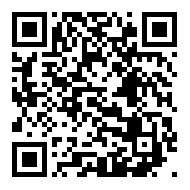 New joined markets:
Compared with year 2018, there were 13 new countries appeared, year 2019, having Diafenthiuron import business with China. They were Pakistan, Argentina, Vietnam and South Africa, who jumped up to TOP 5. While Uruguay was the TOP2 in 2018, but fell to the sixth in 2019.
That's why Diafenthiuron under the concern of the agrochemical buyers for their further evaluation .
How analysis Diafenthiuron?

What is Diafenthiuron?
Diafenthiuron technical is a kind of thiourea insecticide and acaricide developed by Ciba-Geigy (now Syngenta), which is used to control piercing-sucking mouthpart pests and mites on cotton, fruit trees, vegetables and ornamental plants. In 1991, diafenthiuron was introduced to the market under the trade names, Polo and Pegasus. The product is a thiourea-structured insecticide, which is very rare among insecticides, allowing for the conversion into a mitochondrial respiratory inhibitor inside pests. Strictly speaking, it is a pro-insecticide, which is effective for the control of lepidoptera pests and mites, thus facilitating the product to grow rapidly.