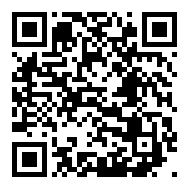 Paraquat, a contact herbicide, has been banned or severely restricted in over 20 countries around the world due to its toxicity to humans and no available antidote.
In 2008, the Brazilian National Health Surveillance Agency (Anvisa) has started the re-evaluation of 14 pesticide active ingredients, including paraquat, and issued Collegiate Directorship Resolution No. 177 in October 2017 to ban paraquat in Brazil, which will come into force on September 22nd, 2020. The last three years was, therefore, a transition period for gradually phasing out paraquat from the market.
The decision was made because paraquat is connected to the risk increasing of a person developing Parkinson’s disease and has potential mutagenic effects on cells. In December 2017, Anvisa issued Collegiate Directorship Resolution No. 190, which amended the previous resolution and decided to take short-term risk mitigation measures. At the same time, the decision to ban paraquat as a desiccant in Resolution No. 177 was also amended. Anvisa noted that the emphasis on risk is primarily for workers who apply paraquat, as most people are not exposed to food residue. There is currently no evidence of paraquat residue in food.
In Brazil, paraquat is mainly used as herbicide to control weeds in cotton, corn and soybeans before and after sowing crops, and as desiccant during harvest. According to the data released by the Brazilian Institute of the Environment and Renewable Natural Resources (Ibama), in 2017, paraquat ranked eighth on the list of Brazil's top ten best-selling pesticides, with sales volume exceeding 11,000 tons. In 2018, the product rose to the sixth place, with sales volume exceeding 13,000 tons.
The Brazilian Association of Soybean Producers (Aprosoja Brasil) said that paraquat is a low-cost and highly effective generic product that can be used in both weed management and no-till technology and can also help improve soil quality. In Brazil, there are at least 11 fundamental cultures relevant to both Brazilian agribusiness and the consumer table that require paraquat, and once it is banned, farmers have to choose more expensive alternative products. In the case of soybeans, two to three products must be used to replace paraquat, which can increase costs for producers by up to R$500 million.
The Brazilian market has clearly been frantically hoarding over the last two years because paraquat has a three-year transition period in Brazil. Data showed that in 2017, Brazil imported 35,500 tons of paraquat, and in 2018, this soared to 50,800 tons. In 2019, the product’s import volume continued to rise, reaching 65,300 tons in the first eleven months. Anvisa stated that the increase in imports of paraquat is not surprising during the transition period, as the resolution to ban it did not set a reduction target or reduction trend of use during the period.
Anvisa launched a public comment on the ban of paraquat, but most published comments have condemned it. The most raised argument is the fact that the product is unique on the market because it can control weeds that are resistant to glyphosate and other herbicides.
After the Resolution was issued, a paraquat collaboration group was established by the Brazilian industry, whose key members are companies that have paraquat registrations in Brazil or sell end products, including Syngenta, Adama, Nufarm, Rainbow Defensivos Agrícolas, ALTA, CCAB Agro, Cropchem, Helm do Brasil, Nortox, Sinon do Brasil, Stockton-Agrimor do Brasil, Vanon do Brasil Comércio e Importação de Insumos Agrícolas Ltda.
They began lobbying government agencies to try to pressure Anvisa to postpone the ban for one year. At the same time, other companies are collecting the required data to confirm that Anvisa's decision is wrong and without scientific basis.
According to Daniel Leastro (Technical Advisor to the Union of National Phytosanitary Producers/Manufacturers, Unifito), more than 40 countries worldwide have approved the use of paraquat, including Canada, Japan, Australia, and Israel. He also noted that US Environmental Protection Agency could not find enough evidence to conclude paraquat causes Parkinson's Disease. However, new research evidence is needed to change the decision.
Aprosoja Brasil is conducting an investigation that will collect blood and urine from applicators who use the product during harvest. But mutagenesis research is very complicated, which is why related groups have asked Anvisa to postpone the ban.
Regarding the ban, the author also asked a few related companies in Brazil, who revealed that they are working hard in the hope to delay the ban and get more time to find evidence and conduct new research. If they do not succeed in persuading the government agencies or no updated evidence is found to force authorities to change their decision, paraquat will most likely be banned in September this year, as scheduled.
If you have any questions about the situation of paraquat in Brazil, or if you can provide more information about this product, please contact us: christina@agropages.com
View More