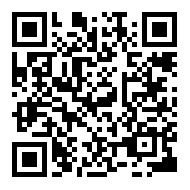 The total sales of formulated chemical and biochemical products in Brazil reached 549,280 tons in 2018, an increase of 1.72% compared to the previous year, according to “Annual Pesticide Production, Import, Export and Sales Bulletins 2018” published by the Brazilian Institute of the Environment and Renewable Natural Resources (Ibama). The report is based on semi-annual agrochemical reports provided by 122 companies who sold registered chemical and biochemical products in Brazil. Some 3,963 Formulated Product (FP) reports and 2,863 Technical Product (TP) reports were received, totaling 6,826 semi-annual reports.


For biological control agents, Ibama received reports related to Cotesia flavipes, Cryptolaemus montrouzieri, Ceratitis capitata, Cryptolaemus montro, Neoseiulus californicus, Orius insidosus, Phytoseiulus macropilis, Trichogram galloi, Trichogramma pretiosum, Trichoderma stromaticum, Trissolcus basalis and Stritusolaaps.
A key detail in 2018 is the fact that the list of products no longer featured the adjuvant category, since all products were classified exclusively as adjuvants and were no longer considered as pesticides, according to Act No. 104 for 20th November, 2017, of the Ministry of Agriculture, Livestock and Supply (MAPA), published in the DOU on 21th November, 2017.
Adjuvants have always been relevant in the rankings of leading traded products in Brazil, especially mineral and vegetable oils. Due to the withdrawal of the adjuvant category, the commercialization of these oils fell significantly, since they are only registered for the purpose of biocidal action (insecticide, acaricide and fungicide) and were kept as pesticides.


Changing production and marketing of pesticides in Brazil
Regarding the changing production and marketing of pesticides in Brazil, Ibama released its estimated percentages of reported registered products, which include quantities produced and traded, based on the semi-annual reports presented by companies with registrations for these products in Ibama’s electronic database in 2018. From the data published in the semi-annual reports, it was possible to extract information on the productive and commercial flow of products, especially pesticides, as well as identify totals with or without production and with or without sales. Note that the half-yearly reports received separately relate to each registered technical or formulated product.
In 2018, the semi-annual reports highlighted the fact that of the formulated products (FP) received by Ibama, 71.7% had no production output (without production, zero value) and the remaining 28.3% reported production values, while 85.7% registered no import values (without import, zero value) and the other 14.3% had import values. A total of 53.01% of the products reported also recorded no domestic sales in 2018 (no internal sales, zero value) while the other 46.9% recorded internal sales, and 51.83% of the formulated products did record have any movement (no production, no importation, no exportation and no domestic sale - zero values).
View More