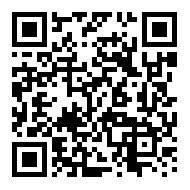 Paladin, a preplant soil fumigant from Arkema can be used on a variety of vegetables. Arkema, said to be the world’s largest producer of thiochemicals, has been granted registration by EPA for the fumigant to be used to control nematodes parasites, weeds, and soilborne plant pathogens.

Developed by Arkema’s R&D teams, Paladin is a based on dimethyl disulfide, a substance derived from sulfur which is naturally present in the environment, for substitution of methyl bromide, which is being gradually banned as part of the Montreal Protocol.

It will be marketed in the U.S. through United Phosphorus Inc. (UPI). UPI has partnered with Arkema during the registration process, and provided field trial management and training during three years of field trials in Florida, Georgia, and North Carolina under an EPA-issued Experimental Use Permit.

Paladin has no ozone depletion potential, a low global warming potential, and is short-lived in the atmosphere, according to the company. It is registered for pre-plant use for tomato, pepper, eggplant, cucumber, melon, strawberry, ornamental, and forest nursery crops.