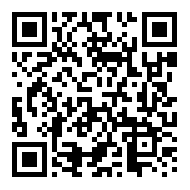 Sales of BASF’s Agricultural Solutions segment in South America fell by €57 million to €1,261 million, basically due to lower insecticide volumes in Brazil. This was primarily attributable to the customers’ high inventory levels and critical economic situation, as well as the shrinking market for insecticides in the region. Price increases were unable to fully compensate for the drop in volumes.
“2016 was a challenging year for us. I believe that, for BASF South America, it was an even more complex period than 2015. We faced economic and political instability, as well as recession in some countries. Despite this outlook, we reacted forcefully. We balanced our costs and had a sales totaled €3.6 billion. Even with financial performance below expectations, there were important developments. We reached production efficiency, increased the quality of the results, and anticipated customer expectations. We evolved because we prepared for market transformations with a long-term strategy, making a cultural change, promoted by the South America Excellence Program (SAEP). Thus we increased profit margins, reducing electricity usage, lowering discretionary expenses, and improving factory processes.
We combined business growth and sustainable and innovative policies,” said Ralph Schweens, BASF President for South America.
BASF is concerned with sustainable agricultural production and the conscious consumption of food. Brazil, according to data from the United Nations Food and Agriculture Organization (FAO), is the third largest agricultural producer in the world, behind only China and the United States. Family agricultural production accounts for 70% of the food consumed in Brazil, according to estimates by the Ministry of Agrarian Development.
As a diversified chemical company, BASF co-operates with representatives of the entire agribusiness chain in the pursuit of innovations in agricultural technology to foster sustainable cultivation and mitigate the negative impacts of food loss and waste.

– “AgroStart”: BASF created “AgroStart” to be recognized as an innovative company which develops digital solutions to increase the farmer’s efficiency. It is a pioneering program to accelerate and develop start-ups focused on agribusiness solutions.
Launched in 2016, the “AgroStart” program, in partnership with ACE, has been awarded as the best start-up accelerator in Latin America. In the first round of the program, 62 start-ups signed up and three were selected to be accelerated. Each of them received mentoring and an initial investment of up to BRL150,000 to develop their projects.
The “AgroStart” program includes all the necessary processes so that entrepreneurs can develop and offer their product or service to the agricultural market faster and more efficiently. The concept involves the co-creation between BASF, the accelerator and start-ups to offer solutions to the challenges that are present in the field.
The program is part of BASF’s Digital Farming strategy, which is being implemented in all the countries where the company operates in Latin America. The initiatives are focused on integrated services for the agribusiness chains, connecting the farm fields to the city. “AgroStart” is one of the most important steps to increase competitiveness and consolidate BASF’s digital strategy in a structured way in the region.
– AgroDetecta: This is BASF’s precision agriculture service, which has a network of 255 meteorological stations located in the main agricultural regions, covering 65% of Brazil’s soybean cultivated area. This agro-meteorology technology is an important tool that assists farmers in decision making, enabling preventive control of diseases, optimizing the number of applications, reducing losses and increasing productivity in soybean, corn, beans, wheat, cotton and sugar cane. The platform helps farmers to generate more accurate information on weather forecasts, issuing warnings about conditions that are favorable for a disease outbreak and the generation and storage of historical weather data for the region where the farm is located.
– Innovation Day: “With you, we transformed the agriculture of the future.” Inspired by this idea, BASF promoted Innovation Day, a series of workshops focused on sustainable agricultural innovation. Over 400 ideas were entered, of which 20 were selected to participate in the eleventh edition of “Top Science 2017”, a BASF initiative for open innovation and co-creation. The events brought together a total of 180 agribusiness specialists and consultants in the Brazilian cities of Indaiatuba (SP), Porto Alegre (RS), Goiânia (GO) and Londrina (PR).
– “Agriculture, The Greatest Work on Earth”: BASF launched the sixth edition of the Agriculture Campaign, “The Greatest Work on Earth”, in a 100% digital version. Focused on valuing farmers, the action presented videos on YouTube and social networks with testimonials from farmers who are considered referential for good agricultural practices in Brazil. The main objective of the initiative was to highlight the role of the farmer, reinforcing the importance of sustainable production and agriculture for the Brazilian economy. It is a real and successful example of BASF’s commitment to the sustainability of agriculture and farmer appreciation.
– Safra Card from BASF: It is a loyalty program that allows the farmer to accumulate points from the purchases of products from the company’s agricultural range and to exchange these points for several other items.
The service developed by BASF was the pioneer in this modality for the agricultural segment. Currently, more than 20,000 Brazilian farmers are registered and are reaping the benefits of the program for their families and property.
– Financial tools: BASF operates through bartering (exchange), a type of credit for the farmer that facilitates the financing of their crop, in addition to mitigating financial risks and any problems in receiving payments. In 2016 bartering represented a significant percentage of the company’s revenues, generating more security for the farmers and for the entire production chain.
– Launch of Ativum™EC: 2016 marked the launch of Ativum™EC (pyraclostrobin + epoxiconazole + fluxapyroxad), a highly efficient fungicide for controlling Asian rust and other important soybean diseases, contributing to more sustainable production. In demonstration areas, the use of the Ativum™EC fungicide in the 2015/2016 crop, combined with other BASF products, resulted in an average yield of 61 sacks per hectare, three more sacks than the standard farm areas where the tests were held.
– Launch of Spot™SC: In line with the needs of the farmer, another novelty presented by BASF was the Spot™SC (boscalid +dimoxystrobin), a new fungicide for the effective control of white mold in the bean crop.
– Launch of Natuphos® E: In 2016, BASF launched Natuphos® E, a new animal nutrition technology, which results in excellent enzyme stability, increasing the rapid and efficient release of phosphorus, and providing great economic and environmental benefits: it saves with the addition of inorganic phosphorus, maximizes the digestion of phosphorus and other nutrients present in food, simultaneously increases animal performance and resource efficiency and reduces the impact of eutrophication by lower phosphorus excretion.
“Innovation and sustainability are the cornerstones of our organizational strategy, and this translates into products, processes, and business models that are aligned with current and future demands of society. We are aware of the importance of promoting profitable growth geared towards social and environmental development. For this, 60% of the investments in research are directed to products that enhance the sustainability of the value chain,” said Ralph.