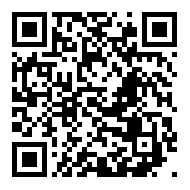 BASF has announced the launch of the fungicide Spot™SC for the effective control of white mold in kidney beans in Brazil. According to the company, the product reduces the resistance structures (known as sclerotia) combining two different modes of action with the active ingredients boscalid and dimoxystrobin.

According to Embrapa researcher Dr. Maurício Meyer, the white mold can cause losses of up to 70% of kidney beans if not prevented or controlled. The disease occurs mostly in altitudes above 600 meters, mild temperatures and high moisture in the soil – therefore the irrigated beans favors the appearance of the fungus.

The disease, which initially reached the plantation in southern regions of the country and was less frequent in warmer locations (such as the Central West region), is now widespread in several regions of Brazil. “If the control is not done in an adequate form, the sclerotia can survive for a period of up to 11 years,” alerts Stael Prata, marketing manager for kidney beans at BASF.

"The chemical control is one of the essential tools to reduce the incidence of white mold, mostly with the seed treatment and foliar applications,” adds Stael. The product is registered in the Ministry of Agriculture, Livestock, and Supply.