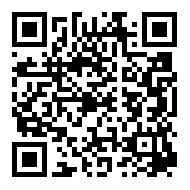 Sumitomo Chemical has announced that its long-lasting larvicide formulation, SumiLarv 2MR (pyriproxyfen), has received a World Health Organization (WHO) recommendation.
The larvicide, which is incorporated into a small plastic disc, is an effective intervention in the fight against Dengue fever, Zika fever and other vector-borne diseases emanating from container bred mosquitoes. SumiLarv 2MR, developed by Sumitomo Chemical, which contains as its active ingredient Sumilarv, a mosquito adult emergence inhibitor, is a new formulation based on a novel product design whereby controlled-release technology 1 is adopted. SumiLarv 2MR prevents mosquito breeding for longer periods than conventional products, contributing to cost reduction in larvicide operation. Another notable advantage is the active ingredient used itself; SumiLarv, because it offers a different mode of action than many of other mosquito larvicides, currently used for container breeding mosquito control. This makes Sumilarv 2MR not only a very effective tool in its own right, but makes it a prime candidate in good resistance management programs.
The WHO recommends larvicidal treatment of breeding sources for mosquitoes, such as water containers, as a very effective means in implementing strategies for controlling mosquito vectors in areas where Dengue fever, Zika fever and other mosquito-borne infectious diseases are prevalent. Now that WHO recommendation has been achieved, Sumitomo Chemical will increase efforts to commercialize and promote SumiLarv 2MR in many countries around the world, starting with a launch in Brazil in 2018 or later.
View More