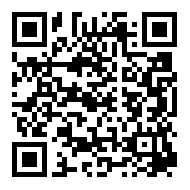 Sumitomo Chemical announced that it has developed a new mode of action insecticide product for adult mosquito control for application in indoor residual spray (IRS) malaria control programs. The product has been submitted to the World Health Organization Pesticide Evaluation Scheme (WHOPES) for evaluation to obtain recommendation.
Malaria is an infectious disease that is transmitted to humans when a mosquito infected with the
malaria parasite bites a person. At present, it is said that about 200 million people become infected with malaria every year, and some 630,000 people die annually from the disease. In its initiatives to combat malaria, the World Health Organization (WHO) is focusing on promoting effective prevention and treatment as well as conducting research that is conducive to them. In addition to long-lasting insecticidal mosquito nets and other measures, the WHO recommends the use of IRS as an effective method for preventing malaria infection. IRS has already been shown to be effective, as the prevalence of malaria has been reduced in regions where they have been widely used.
On the other hand, primarily in certain parts of Sub-Saharan Africa, the emergence of mosquitoes that are resistant to widely used insecticides for malaria control has been observed. With only four classes of insecticide currently recommended by the WHOPES for IRS, no new classes of insecticide for adult mosquito control have been introduced in the past 40 years, which has given rise to the problem of some mosquito populations being resistant to existing interventions. Sumitomo Chemical has found, through its extensive trials, that the newly developed IRS is effective against both resistant and susceptible malaria transmitting mosquitoes under not only laboratory, but also field conditions. The particular strength of the newly developed IRS product lies in its distinct mode of action chemistry different from currently available interventions as well as being ideally suited for use in implementing resistant management strategies as it helps preserve the effectiveness of a variety of existing vector control tools.
For years now, Sumitomo Chemical has been producing and selling long-lasting insecticidal mosquito nets, Olyset® Net and Olyset® Plus, and larval control agent, SumiLarv®. By proposing a variety of vector control tools in the form of insecticides with differing modes of action and applications, including existing products and newly developed IRS, Sumitomo Chemical will continue to engage in offering effective methods to prevent malaria infections.“Sumitomo Chemical is delighted to be at the forefront of innovation in vector control by contributing to the fight against malaria and other vector borne diseases,” said Ray Nishimoto, Managing Executive Officer, Health and Crop Sciences Sector, Sumitomo Chemical.“We are confident that this new chemistry will have a significant impact in combating insecticide resistance, thereby helping ultimately to improve people’s well-being.”
View More