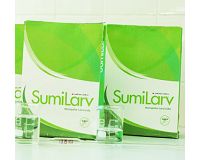 Sumitomo Chemical announced that it has developed SumiLarv® 2 MR, a novel, long-lasting larvicide formulation that is effective in preventing dengue fever. The Company has recently submitted an application to the World Health Organization Pesticide Evaluation Scheme (WHOPES) for their recommendation on the product.
SumiLarv® 2 MR, which contains as its active ingredient Sumilarv® (pyriproxyfen), a mosquito larvicide, is a new formulation based on a novel product design whereby the controlled-release technology adopted inhibits mosquito larvae from growing for extended periods of six months or longer. Compared with conventional products which are effective for shorter periods, SumiLarv® 2 MR offers the advantage of a significant reduction in the cost of larvicide treatment.
In addition, as SumiLarv® has a different mode of action than many of other mosquito larvicides, it can not only control mosquitoes that have already developed resistance to certain larvicides, but also help prevent the development of resistance to other larvicides. The World Health Organisation (WHO) recommends the larvicidal treatment of breeding sources for mosquitoes, such as water containers, as a very effective means in implementing strategies for controlling infectious disease-carrying mosquito vectors in areas where dengue fever and other infectious diseases are prevalent. SumiLarv® is already approved by the WHO for use in potable (drinking) water, which allows the use of the product in various storage tanks. Sumitomo Chemical firmly believes that SumiLarv® 2 MR can play a significant role in the control of infectious disease-carrying mosquito vectors.
Sumitomo Chemical has long been engaged in development and business deployment of various vector control tools, including long-lasting insecticidal mosquito nets, Olyset® Net and Olyset® Plus, the indoor residual spray SumiShield®, which is currently under development, and SumiPro™, an insecticidal space spray for commercial use that is effective in combating dengue fever. With the addition of SumiLarv® 2 MR to this line of products, Sumitomo Chemical will step up efforts to better contribute to promoting more effective prevention of infectious diseases.
View More