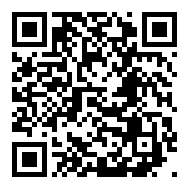 BASF has started the process of registering the fungicide Revysol (mefentrifluconazole) in Brazil. The product, which has a new active ingredient from the chemical class of azoles, was also presented to the European Union in March of 2016 and, according to the maker, will be taken to other countries in 2017.
According to José Munhoz Felippe, vice-president of Crop Protection unit of BASF in Brazil, Revysol offers an “innovative tool for flexible use” in a variety of crops.
“Our producers in Brazil are recognized for being open to the innovations and new technologies. With Revysol, we develop a very versatile active ingredient on the application and that can be used not only on crops such as soybeans, corn, and cotton, but also on specialties such as coffee, apple, and potatoes. It will contribute significantly to the high quality of the harvest of different crops,” he explained.
According to BASF, the products based on Revysol present a “unique combination of rapid action and lasting control. Due to the high activity and excellent intrinsic properties, Revysol will play an important role in the management of diseases, offering to Brazilian farmers a new and effective tool for the crop protection.”
Felippe added that the presentation of the dossier of the registration in Brazil marks the beginning of the process in Latin American. “We expect that the products based on Revysol perform an important role in crop protection for farmers in almost all countries in Latin America.”
Independent expert on agrochemicals Bill Clark analyzed that Revysol has “eradicating properties of older azoles”, that will be active for 10 to 15 years before its effectiveness starts to decline, especially against the brown spot (Septoria glycines).
“This is important for all the industry, and it will be a partner for all SDHIs that are arriving,” added Clark, who is technical director of Niab Consultancy.
View More