U.S. EPA consults on proposal to register the insecticide Sulfoxaflor for reduced use 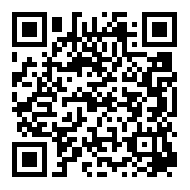 Following the decision of the Ninth Circuit Court of Appeals, U.S. EPA has reevaluated the data supporting the use of sulfoxaflor and is now proposing to approve an amended registration with fewer uses and additional requirements that will protect bees. The public comments for 30 days have been opened until June 17, 2016.

The proposed registration is very protective of pollinators and includes fewer crops than were allowed under sulfoxaflor’s previous registration. For those crops that are included and that are bee-attractive, sulfoxaflor would be prohibited before and during bloom, when bees are not expected to be present. Applications are prohibited on crops grown for seed production.  Additional measures are being proposed to reduce spray drift: prohibiting applications if wind speeds are above 10 mph and requiring the use of medium to coarse spray nozzles. In addition, EPA is requesting public comment on two provisions they are considering. One that would impose a downwind, 12-foot, on-field buffer zone when there is blooming vegetation bordering the treated field and the second would prohibit tank mixing sulfoxaflor with other pesticides.

These restrictions practically eliminate exposure to bees on the field, which reduces the risk to bees below EPA’s level of concern such that no additional data requirements are triggered.

Sulfoxaflor is a sulfoximine, a new insecticide class, and is safer for bees and other pollinators, lady beetle larvae and other beneficial insects. It is a critical tool in Pesticide Resistance Management and Integrated Pest Management programs, potentially replacing multiple applications of compounds with a higher risk to people and non-target organisms. It specifically targets piercing, sucking insects, such as aphids, mealybugs and whiteflies’frequent vectors of viral and bacterial diseases that can result in complete loss of important, high-value crops and trees. Sulfoxaflor works against pests that are becoming resistant to carbamate, neonicotinoid, organophosphate and pyrethroid insecticides.