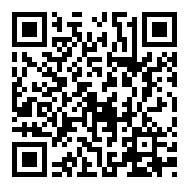 Sulfoxaflor, the active ingredient in Transform WG – a Dow AgroSciences product, now has government approval for use in Nebraska to treat sugarcane aphids in sorghum during the 2016 growing season.

“While occurrence of the sugarcane aphid has not to date been reported in Nebraska, it is notable that the infestation was substantial in Kansas last year and nearly encroached into our state,” asserts Kliment.  “For that reason, we felt it was necessary to request the Section 18 Exemption as a precautionary measure to make certain our growers had the resources necessary to control the pest should it get here.”  The sugarcane aphid is a new pest to the U.S. sorghum industry, having been first discovered late in the 2013 growing season in the coastal sorghum-growing regions.  The insect has demonstrated that it is capable of causing substantial crop damage if not managed properly.  As with any insect, it is important for producers to be proactive and consistent in scouting for and monitoring their fields.  Early detection is critical to minimize the aphid’s harmful effects.

When the insect was first identified in sorghum, great effort was taken to network through the United Sorghum Checkoff Program, National Sorghum Producers, and state affiliates to work with universities and extension to educate producers on the necessary identification, scouting and management protocol.  That work continues.

This season the sugarcane aphid has been reported in varying degrees of infestation across sorghum growing areas of Texas.  Overall growers and crop consultants have done a good job of scouting and controlling the insect, as needed. As a result yield potential is good throughout the area.  Field monitoring is ongoing to track the aphid’s migration.