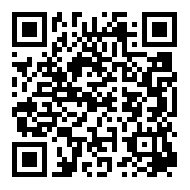 Favorites Print
ForwardShare
Jul. 16, 2015
El Nino is already classified as a strong event and it is anticipated that it will continue to strengthen and be with us at least until the end of year, which is worrisome for farmers in southern Brazil. Generally a strong El Nino results in greater than normal rainfall during the spring planting season in southern Brazil and Argentina (September -December).
The current weather in southern Brazil is already much wetter than normal for this time of the year with rainfall records being set in parts of southern Brazil. In northern Rio Grande do Sul it rained 100 mm (4 inches) Sunday night into Monday morning with hail the size of oranges. Average rainfall for the month of July in northern Rio Grande do Sul is approximately 150 mm (6 inches), but they have already received 160 mm (6.4 inches) with more rain in the forecast.
I am not a meteorologist, but I suspect the above normal rainfall is the result of El Nino. The possible impact of continued wet weather in southern Brazil include: increased disease pressure on the winter wheat, potential delays in harvesting the wheat and poor wheat quality, delayed planting of the full-season corn, delayed planting of the soybeans, delayed planting of the safrinha corn because of the soybean planting delays, and the possibility of more soybean rust impacting the early planted soybeans.
Brazilian wheat - In the state of Parana, some of the early planted wheat is starting to head out and farmers are worried about increased disease pressures if the current wet weather persists. The wet weather could also inhibit fungicide applications as well. Currently, the wheat crop in Parana has a good yield potential and farmers are hoping that the wet weather does not carry over into the harvest season.
Brazilian spring planting delays - Farmers in Brazil will start planting their full-season corn in late August or early September and they will start planting their soybeans starting in mid-September. Of the two crops, it is more important to get an early start on soybean planting for several reasons. First of all, farmers want to plant their soybeans as early as possible in order to allow for enough time for a second crop of corn. Secondly, the earlier the soybeans are planted, the less time they are exposed to the possibility of being impacted by soybean rust.
In years past, any delay in soybean planting always raised the concern that the safrinha corn would also be planted later than normal as well, but those concerns now seem to be less important. For the last four years in a row, the rainy season has been extended and even the latest planted safrinha corn has done very well. I suspect that Brazilian farmers will continue planting safrinha corn even if the ideal planting window has already closed because it has worked out well for the last several years.
Soybean rust - If the weather is wetter than normal during the dry season in Brazil (May to September), it could result in the growth of more volunteer soybean plants which in turn, could harbor soybean rust spores during a time of the year when generally everything is very dry.
Everyone in Brazil is required to eliminate volunteer soybean plants in their fields and around storage and transportation facilities, but there is always a fresh supply of soybeans being deposited along Brazil's highways as they dribble out the back of trucks hauling the soybeans to Brazilian ports. (It gives new meaning to nickname given to BR-163 which is the "Soybean Highway", literally there are soybeans littering the highway along its entire length). During periods of wet weather, these soybeans can germinate and grow along the side of the road where the grass/weeds are never mowed, thus functioning as a host plant for rust during the dry season. Additionally, a wet spring in Brazil could result in an early spread of the disease.
Having said all that, soybean rust has not been a significant factor in Brazil for the last four growing season. For the last four growing seasons, 2011/12 through 2014/15, the number of confirmed cases of soybean rust in Brazil averaged 358. For the four growing season prior to that, 2007/08 through 2010/11, the number of confirmed cases of soybean rust averaged 2,098. The combination of a potentially wetter than normal growing season and fungicides that are losing their effectiveness against the disease, could make soybean rust more important during the 2015/16 growing season.