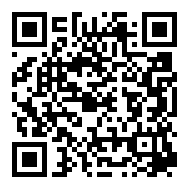 The Agriculture Department unveiled a host of voluntary programs and initiatives Thursday to encourage agricultural producers to reduce greenhouse gas emissions, increase carbon storage and generate clean and renewable energy in their operations.

The department hopes the programs will help reduce emissions and boost the capture of carbon by more than 120 million metric tons of carbon dioxide per year by 2025 — equivalent to taking 25 million cars off the road.
"This is an ambitious but voluntary strategy that rewards and incents and builds upon the good work that is already being done by our farmers, ranchers and landowners," Agriculture Secretary Tom Vilsack said in announcing the plan at Michigan State University. "It lays out the foundation for agriculture and forestry to be visible as part of the climate change solution for the country."

The initiatives, which are carried out under the 2014 farm bill and don't require congressional approval, are the latest push by the White House to bring attention to climate change and find ways to curb greenhouse gas emissions.

President Barack Obama has made climate change a major theme of his final two years in office, and has vowed to help the United States cut its emissions by up to 28 percent of 2005 levels by the year 2025. Agricultural operations contribute about 9 percent of U.S. emissions.

The USDA plan seeks to improve soil resilience and increase productivity by promoting conservation tillage and no-till systems, among other practices. A greater focus also would be placed on more timely and efficient use of fertilizers to reduce emissions and help producers save money.

In addition, it would back a number of practices to reduce methane emissions from cattle, dairy and swine.

Producers and landowners would receive financial incentives including grants and low-interest loans to help, USDA said.

Steve Anderson, an Iowa corn and soybean farmer northeast of Des Moines, said he is already using no-till and conservation tillage on his farm. He also applies fertilizer in smaller doses several times during the growing season, a process that reduces nutrient runoff.

"A couple of (USDA initiatives) I'm already doing, so it would be great if someone paid me to do it," said Anderson, who expects to farm 3,500 acres of corn and soybeans this year. "More and more people are doing these things all the time, and if the government wants to get more people to do it, financial incentives will turn the tide."

Already, warmer weather has led to a longer growing season, which has shifted where some crops are grown, while leaving fields more susceptible to pests that are able to survive the winter.

In the Midwest and Great Plains, where much of the country's corn, wheat and soybeans are produced, the growing season has become almost two weeks longer in the past 60 years. The White House has noted that 2014 was the planet's warmest year on record, and said that 14 of the 15 hottest years on record took place this century.

Republicans said Obama's climate change rules burden businesses, particularly in the coal industry, and have led to higher utility rates. Some carbon emission rules are being challenged in court.

Senate Majority Leader Mitch McConnell, R-Ky., and other critics have said global treaties put more of a burden on the United States than on major polluters, such as China and India.