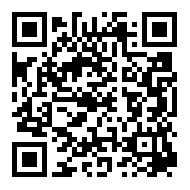 Favorites Print
ForwardShare
Nov. 24, 2014
Bayer CropScience is seeking approval to conduct a field trial of cotton genetically modified for insect resistance and herbicide tolerance to assess its agronomic characteristics in Australia. The Australian Office of the Gene Technology Regulator (OGTR) has announced that it has received the licence application (DIR 133), which qualifies as a limited and controlled release under section 50A of the Gene Technology Act 2000.
The trial is proposed to take place between July 2015 and July 2021 on up to 14 sites of 10 hectares (ha) for the first year and up to 20 sites of 30 ha in subsequent years. Sites are to be selected from 56 possible local government areas in NSW, Queensland and Western Australia.
The applicant has proposed a number of control measures to restrict the spread and persistence of the GM plants and their introduced genetic material. The GM cotton seed will not be used for human food or animal feed, but the applicant proposes to sell cotton fibre from the trial.
A comprehensive Risk Assessment and Risk Management Plan for the application is currently being prepared. Advice about this application is not being sought at this stage of the assessment process. Public comment and advice from a broad range of experts, agencies and authorities are expected to be opened in February 2015.