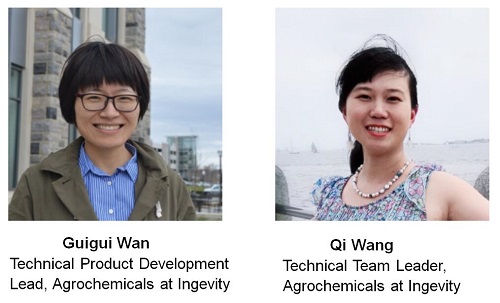 Crystal growth is one of the biggest challenges in agrochemical suspension concentrate (SC) formulations. In a recently published article in the May 2022 AgroPage issue, Ingevity discussed mechanisms and tools formulators can use to control crystal growth. The most important component is choosing a high-performing dispersant that can provide strong coverage of active ingredient particle surface. Secondly, adding a crystal growth inhibitor to lower active ingredient solubility, or introducing competing “impurity” to slow down active ingredient molecule re-adsorption process can dramatically reduce crystal growth. Lastly, using combination of non-ionic and anionic surfactant blend and appropriate amount of thickener can also help stabilize the system.

In this article, we will talk about several case studies utilizing these strategies to successfully control crystal growth in these challenging SC formulations.

In the diuron 45% SC formulation (Table 1), Ingevity tested its lignosulfonate dispersant Reax® 907 compared to a synthetic naphthalene sulfonate (NSF) based dispersant. After the milling process, both formulations gave similarly small particle sizes, low viscosity and suspensibility. This suggests that both dispersants worked to cover the active surface and provided protection to the particles. However, after two weeks storage at 54°C and four cycles of freeze-thaw, there were significant particle size increases as well as viscosity increases in the NSF-based dispersant formulation, seen in Figure 1, while the particle size increase in formulation using Reax 907 was minimal. The result suggests Reax 907 provides stronger coverage on diuron particle surfaces, thus prevented fast crystal growth and coalescence. 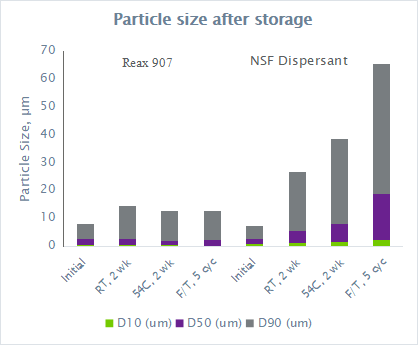 Figure 1. Particle size of formulations before and after storage test.

Although the diuron SC with Reax 907 already gives very good formulation stability, there is still big particles formation over storage. In order to further minimize crystal growth, Ingevity evaluated a high degree of sulfonation (DOS) and low molecular weight (Mw) lignosulfonate, Polyfon® F, as crystal growth inhibitor. By adding 1% of Polyfon F into the original formulation, there was great improvement on control of large crystal formation and the large particle size portion (>10 µm) was greatly reduced. Mesotrione is a high solubility active with solubility in water, 1500 ppm at 20 °C. Since it is very common to find crystal growth in mesotrione formulation after storage, Ingevity evaluated different dispersants with various chemistries. To further challenge the system, only used 1.5% dispersant was used in each formulation.

All formulations were prepared following the same procedure. After milling, measuring particle size with particle size analyzer can be challenging because the solubility of mesotrione is too high that the particles quickly dissolved in the measuring vessel. Thus, Ingevity let 4 g of the formulation pass through a 200 mesh screen, gently rinsing with running water and collected the portion of particles larger than 75 µm.  After the storage test, multiple formulations left large particles on the screen even though every formulation passed before storage. For some failed formulations, some larger aggregates were visible when dipping a spatula into the formulation, while the successful formulations still retained its milky and smooth texture (Figure 3). All three Ingevity dispersant formulations passed the screen filtration test, as there were no large particles left on top of the screen after both 54 °C/2 weeks and four cycles of freeze-thaw test. Alternative dispersants all showed crystal growth to different extent under different storage conditions.

Figure 3. Pictures showing examples of crystal growth formulations with other dispersant chemistries after storage vs no large crystal formulation with Reax 907.

Formulations were further examined under a microscope. The stable formulations with Reax 907, Reax 85A and AltaBio 200 all showed consistent and small particle sizes. The formulations with other dispersant chemistries showed visible large crystals after storage. See Figure 4 below.

Metribuzin is another commonly used active that has high solubility in water, >1000 ppm at room temperature and is known for high growth crystallization in SC formulations. Here, Ingevity tested Reax 907 as a dispersant with 41% metribuzin SC formulation. The base formulation is shown in Table 3. It is found that with Reax 907, the formulation gives small particle size, and very high suspensibility after milling. However, the formulation is very thin and has 50% syneresis layer. After storage, there are > 2% w/w big particles left on the screen when tested with 200 mesh screen filter.

Table 3. Base formulation of metribuzin 41% SC.

The summarized results, displayed in Figure 5.  It is found that #2 with only addition of thickener has improved stability for freeze-thaw condition compared to base formulation #1. This indicates higher viscosity and less syneresis layer help on stabilize the SC system. Comparing #2, #3 and #4 with different surfactant systems, the anionic surfactant blend with EO/PO base surfactant provides the best performance. This result suggests introducing more hydrophobic surfactant to the system could significantly reduce crystal growth by having tighter and quicker coverage of any bare surface of a particle. #5 with Polyfon F as crystal growth inhibitor, it also significantly suppressed crystal growth comparing to #2, especially for high temperature induced crystal growth. It is believed that the addition of Polyfon F decreased the solubility of metribuzin thus slowed down the crystal growth. Moreover, it provided extra quick coverage to active surface with its fast kinetics and affinity to active surface. 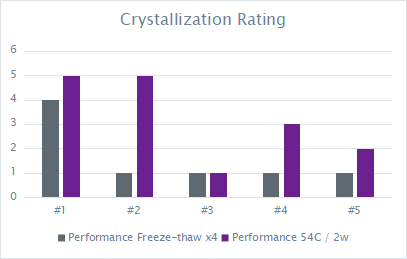 Crystal growth is a challenging problem that commonly seen in SC formulations, which could cause severe instability and reduced efficacy of a formulation. By understanding the mechanisms and possible ways to handle it, formulators do have different tools to control crystal growth.

Most important component for crystal growth control is the dispersant.

- It will provide robustness for the whole system upon temperature fluctuation

- It will prevent settlement of actives in wide temperature range

All these properties are essential to ensure your formulation to have stability and low crystal growth.

- Salt: suppress the active solubility in water, especially for high temperature induced crystal growth, but the use rate needs to be evaluated to ensure not harming performance of the whole system.