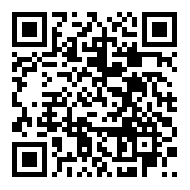 Crystal growth is one of the industry’s largest challenges in agrochemical suspension concentrate (SC) formulations, as it causes severe formulation instability over time, ultimately leading to formulation failure. Understanding the mechanisms of crystal growth is essential for formulators to solve this issue and provide stable and robust formulations. In this article, strategies of controlling crystal growth will be discussed, including various mechanisms, dispersants, surfactants and additives choices.

In SC formulations, unstable formulations were traditionally observed to have growing particle size, increased viscosity or gelling and low suspensibility. Significant particle size increase usually originates from small particles agglomeration or crystal growth. In many cases, both pathways exist simultaneously. For simplicity, both pathways that cause particle size increase will be collectively referred as crystal growth in this article.

Generally, there are two major mechanisms for crystal growth:

During this Ostwald Ripening process, dissolution of small crystals and the re-deposition of the dissolved species on the surfaces of larger crystals will be observed. The root cause is the difference in solubility rates of particles that have different sizes. Small particles dissolve faster than large particles and eventually, small particles will disappear with larger ones growing larger. This process usually plays a significant role when the solubility of the active ingredient is relatively high, > 1000 ppm in water at room temperature. Additionally, crystal growth can be accelerated with elevated temperatures. Nucleation and coalescence often occur when supersaturation exists. When the solubility of a compound in a solvent exceeds the saturation solubility, the solution becomes supersaturated, and the compound will start to crystallize. The dissolved active molecules will first nucleate to form miniature clusters, followed by either cluster coalescence or deposition of active molecules onto surface of existing clusters or crystals. Then they will grow into lager crystals, or agglomerate to form large aggregates. Higher viscosity and growing particle size are often seen in these systems. This process commonly occurs when temperature fluctuates, inducing change in active ingredient solubility.

The two major mechanisms for crystal growth commonly seen in SC formulations mentioned previously can be reduced by minimizing or slowing down the active re-adsorbing process onto existing particles. To ensure the dissolved active molecules cannot be easily re-adsorbed onto existing particles, the most important player in the system is a high-performing dispersant.

In SC formulations, dispersant molecules will be adsorbed onto active surfaces and stabilize the active particles through electric repulsion and/or steric repulsion. It is the key component in a formulation to provide high suspensibility. However, for a system showing a crystal growth issue, regular dispersants cannot offer formulation stability over long storage time due to its weak binding affinity to the active surface. When the binding affinity is low, the dispersant quickly diffuses off the surface of the actives and generates a bare active surface. The bare surface will be the bed for dissolved active molecules to deposit on or the coalescence site of small particles to form clusters or aggregates. Secondly, when there is super saturation in the system, tiny crystal seeds will form. If the dispersant cannot cover the new seed crystal surface quickly, the seed will easily grow into larger crystal.

In this case, a high-performing dispersant is required to control crystal growth due to its strong and tight coverage on active particles. The dispersant molecules anchor on the active surface tightly that are not often diffusing off and can be re-adsorbed back to cover any bare particle surface. When the active particles are covered with this high-performing dispersant, there is minimized surface exposed that can accept other active molecules to be re-adsorbed on this particle and grow its size.

Also, a high-performing dispersant can provide a layer of protection on particle surface, providing strong repulsion between particles so that clusters or particles do not coalesce. The anchoring strength with the active ingredient should not be strongly affected by temperature. For a system that is sensitive to temperature fluctuation, a dispersant that shows robust performance upon temperature change is essential. Ingevity offers unique high-performing lignosulfonate dispersants that provide strong coverage on active surfaces and can provide high formulation stability with minimal crystal growth. Lignin is a biopolymer that naturally contains different functional groups, including aromatic groups for π-π interaction, aliphatic/aromatic hydroxyls and carboxylic groups providing hydrogen bonding, aliphatic chains providing hydrophobicity. By precisely controlling the sulfonation chemistry, Ingevity offers different degrees of sulfonation, various positions of sulfonation and multiple Mw lignosulfonates suitable for a variety of active ingredients and formulations. Due to the variety of functional groups on lignosulfonates, they can act as anchoring sites to bind on active surfaces that have different surface properties. Ingevity’s unique and precise production process make our products highly effective and consistent at the same time. Besides dispersant, various additives can be used to control crystal growth. As discussed above, crystal growth often occurs when solubility of an active ingredient is relatively high, > 1000 ppm. Thus, lower water solubility of an active ingredient can be beneficial in many SC systems. The typical strategy to lower an organic compound solubility in water is to increase the ionic strength of the solution. Thus, adding high ionic strength additives, e.g. high degree of sulfonation (DOS) and low Mw kraft lignosulfonate or simply salt, can further help to control crystal growth. Salt is found to be effective for high solubility active formulations, simply by providing high ionic strength. But its use rate must be evaluated carefully since too high of an ionic strength could harm the entire system, especially changing the performance of dispersant, sometimes even inducing flocculation.

High DOS lignosulfonates are normally used as dispersant in dry formulations, like wettable powder (WP) or water dispersible granules (WDG). Depending on the formulation type and active, it may not be the perfect dispersant in SC formulations, but it is found to be an effective additive to control crystal growth. There are two ways it benefits the system. First, high DOS lignosulfonates contain large amounts of sulfonate groups that can increase the ionic strength of the solution, but do not normally hinder the main dispersant performance. The high ionic strength helps to suppress the solubility of the active. Secondly, high DOS lignosulfonates can be a competing “impurity” to compete with the active molecules when they both try to re-adsorb to active surface. Thermodynamically, lignosulfonates have affinity to active surfaces, similar to the behavior of active molecules. Kinetically, low Mw is preferred because of faster kinetic on diffusion with smaller molecules. Overall, this competing process will decrease the chance that active molecules deposit on particle surface, and slow down crystal growth as a result.

Other factors affecting crystal growth are physical properties of a formulation, especially for particle size increasement induced by coalescence process. The process of coalescence requires physical contact of different clusters or particles. By adding the appropriate amount of thickener, you can reduce the settlement/syneresis layer as well as slow down molecular/particle motion of a formulation. This will reduce the possibility of collision of particles, thus reducing agglomeration.

In most cases, crystal growth is a complex problem that may require different ways to control the crystal growth. By understanding the mechanisms and possible ways to handle it, formulators do have different tools to control crystal growth. The most important and powerful tool is using a high-performing dispersant, which provides strong coverage, high milling efficiency and stable performance under a wide temperature range. Secondly, additives with high ionic strength, e.g. high DOS lignosulfonate, salt, can decrease solubility of actives. Moreover, lignosulfonate additives can also compete with active molecules in the re- adsorption process and inhibit crystal growth.  Thirdly, non-ionic surfactants or non-ionic/ionic surfactant blends can provide strong adsorption on active surfaces, enhancing formulation stability over storage. Lastly, appropriate amount of thickener can slow down the physical contact of different particles, helping to slow down crystal growth.  These various crystal growth control strategies have achieved strong results on multiple formulations that show significant crystal growth. Look forward to a future Agropages article including formulation examples.

If you'd like to join this magazine to promote your products and solutions. Please contact Grace Yuan via: grace@agropages.com 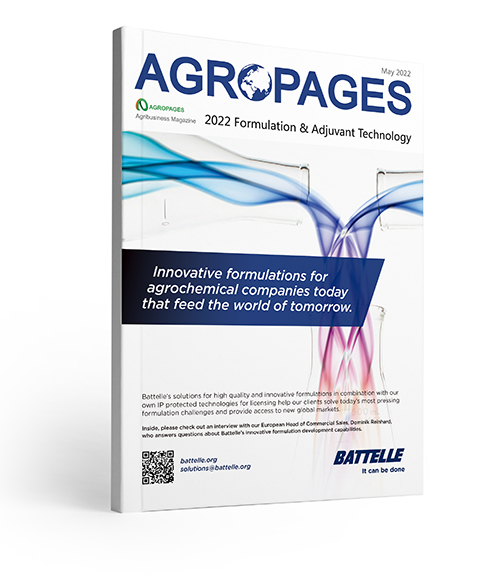