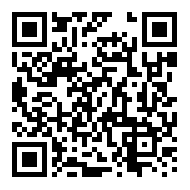 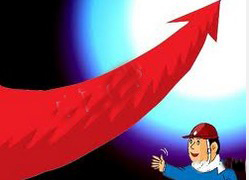 Syngenta’s crop protection sales were up by 13.1% to $2,514 million in the fourth quarter of 2012, due to strong performance in North and Latin America. Seeds business rose by 10.7%to $600 million. Total group sales, which including crop protection, seeds, lawn and garden business, increased by 11.6% to $3,239 million in the final quarter.

For the full year of 2012, sales of crop protection were up by 6.6% to $10,318 million. Seeds business was improved by 13.6% to $3,237 million, while group sales rose by 7% to $14,202 million. At constant exchange rates EBITDA increased by 17% and the EBITDA margin (CER) was 23.2%. The increase in profitability reflects the operational leverage from volume growth, price increases and the recognition of an additional $200 million of trait royalty from DuPont Pioneer, accompanied by cost savings largely from the integrated business model of $198 million. These together more than offset the impact of higher raw material costs and a net $80 million charge for the settlement of US litigation relating to the herbicide atrazine.

Sales of crop protection in Europe, Africa and the Middle East (EAME) were slipped by 1.6% to $2,910 million in 2012. Growth was broad-based with the strongest contributions to growth coming from the CIS and South East Europe, where commercial integration is driving clear gains in scale and in customer recognition of our portfolio. Seeds sales were up 3.6% to $1,101 million, driven by the substitution of corn and sunflower for lost winter cereal crops. France also registered a strong full year performance led by growth in fungicides. Sales in southern Europe were lower owing to dry weather as well as the economic downturn.

North America had an excellent year across the business, with crop protection sales up 19.4% to $2,577 million and seeds up 22.4% to $1,398 million. The expansion of corn technology resulted in good underlying seeds sales growth which was augmented by licensing revenue. A warm winter and an early planting season favored the use of herbicides and insecticides, with further momentum coming from the ongoing success of weed and insect resistance management programs. This more than offset a reduction in third quarter fungicide applications due to the summer drought. Low channel inventories and strong demand in advance of the 2013 season led to an acceleration of growth in the fourth quarter.

Latin America staged a strong recovery from drought conditions which reduced sales in the first quarter. Crop protection sales in this region reached $3,261 million, up by 12.2%. And sales for seeds rose by 17.1% to $479 million. High soybean prices encouraged increases in acreage and investment. The development of second season corn is favoring technology adoption in both crop protection and seeds. The traction resulting from the early integration of commercial teams in Brazil has added impetus to the growth in seeds portfolio, with share gains in both corn and soybean. The need to boost sugar cane productivity was reflected in strong growth in herbicide sales and the identification of new opportunities in seedlings and young plants.

Sales of crop protection in Asia Pacific have declined by 5.1% to $1,570 million. Seeds business was increased by 9.7% to $259 million. Sales excluding the impact of range rationalization and registrations increased five percent. China and South East Asia both reported double digit growth with expansion in corn and the roll-out of DURIVO® insecticides. Growth in South Asia was more moderate owing to an erratic monsoon and to the product phase-outs which also affected sales in Japan. Sales in Australasia were lower owing to early floods followed by exceptionally hot and dry conditions in the second half of the year.

Sales for Selective herbicides were up by 12.3% to $2,939 million in 2012. AXIAL® on cereals registered double digit growth in all regions. The largest contribution came from Canada, where increased acreage coincided with low channel inventories at the start of the year. In corn, the CALLISTO® family and DUAL®/BICEP grew strongly in the USA driven by their success in managing resistant weeds as well as high corn prices.  Adoption of both products on sugar cane in Brazil, where they form part of integrated agronomic protocols, is accelerating rapidly.

Sales for non-selective herbicides rose by 11.5% to $1,246 million. GRAMOXONE® showed good growth in Latin America and the USA, where it was used as an alternative to glyphosate in areas of weed resistance. Sales in the developed markets of Asia Pacific were lower, partly due to non-renewal of the registration in South Korea. TOUCHDOWN® sales grew strongly notably in the Americas reflecting a high level of demand on corn and soybean and a shortage of generic supply.

Fungicide sales progressed by 1.5% to $3,044 million despite drought in Latin America in the first quarter and in the USA throughout the summer. The largest product AMISTAR® continues to expand: volume growth was driven by offer comprising multiple mixtures and formulations adapted by crop and geography, and pricing remained robust. Sales of REVUS® for vegetables, vines and potatoes were up by 25% in Europe, its main market.  In November, the European Union granted full approval for isopyrazam, which will represent a major step forward in the control of a wide variety of damaging fungal diseases.

Sales of insecticides were up 2.8% to $1,841 million. Excluding the impact of range rationalization, sales for insecticides were up 10% led by the Americas. In the USA, a mild winter and dry weather throughout the corn belt created heavy early insect pressure. In addition, grower awareness of corn rootworm resistance and of the benefits of soil-based insecticides increased, with North American sales of FORCE® more than doubling as a result. Latin American growth was driven by technology adoption, with the strongest contributions coming from ACTARA® and DURIVO®.

Global growth for seed care was led by CRUISER® and CELEST/MAXIM®. Ongoing technology adoption drove a particularly strong performance in the emerging markets, where sales were up by over 20%. In Latin America the nematicide AVICTA® also showed strong growth. VIBRANCETM, a new compound which delivers enhanced root health as well as controlling a wide range of diseases, was successfully launched in North America.

Sales were up strongly in all regions driven by corn worldwide and by soybean in Latin America. North American sales were augmented by additional corn trait royalty income of around $200 million received in the first half; excluding this amount global corn sales were up 15 percent, with a positive customer response to the company’s broad technology offer. In Latin America corn growth was driven by the expansion of the second season in Brazil, where sales were up by more than 30 percent helped by the launch of new trait combinations. Increases in soybean acreage for the 2012/13 season have been accompanied by strong demand for our leading varieties such as V-Max. The integrated PLENUS® offer is growing well in Argentina where it now accounts for around three quarters of the portfolio.

For diverse field crops, growth was led by sunflower in Eastern Europe where the company is capturing value from the expansion of their leading conventional and high oleic hybrids. In North America, growth in sunflower and cereals more than offset the disposal of the sorghum business. Hybrid barley is starting to make a significant contribution in major Western European countries, alongside growth in the existing wheat business.

Vegetables: There was an upturn in the fourth quarter which offset the earlier impact of a difficult economic environment. In North America, the processing market has recovered from a period of oversupply and fresh produce sales are benefiting from strong demand for miniature watermelons. In Mexico and Iberia, Zeraim’s leading tomato and pepper varieties are driving sales.

"Our confidence in the coming season is reinforced by the fourth quarter business strength, notably in North and Latin America, as well as robust commodity crop prices. In 2013 we look forward to further business momentum driven by our innovative offers and a commercial organization which is now fully integrated in all territories. We also expect to generate significant free cash flow, while continuing to invest in the realization of our crop-based pipelines and in the ongoing expansion of our commercial footprint, notably in the emerging markets.” said Mike Mack, Chief Executive Officer of Syngenta.