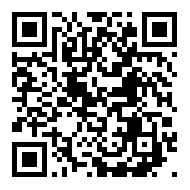 Favorites Print
ForwardShare
Mar. 6, 2013
Nufarm announced that it has received notice from Monsanto that agreements relating to the exclusive distribution of Roundup branded glyphosate in Australia and New Zealand are to be terminated.

Nufarm Australia entered into an agreement with Monsanto in 2002 for exclusive use of Monsanto's Roundup brand and has launched a number of innovative glyphosate products under that brand, including Roundup Power Max and, more recently, Roundup Attack.

The agreements include a requirement for Nufarm to pay a distribution fee to Monsanto on all Nufarm sales of glyphosate into the Australian and New Zealand markets.

Nufarm's Managing Director, Doug Rathbone, said Nufarm remains committed to the glyphosate segment and will continue to invest in the development of innovative glyphosate formulations under Nufarm’s brands.

"The glyphosate segment has changed significantly over the past few years, becoming increasingly competitive and generating substantially less value for suppliers of that chemistry into the Australian market.

"The brand premium attached to Roundup has consequently been eroded and we will now focus our ongoing investment in glyphosate on Nufarm’s own brands where we can build long term value on a more secure basis and ensure our cost competitiveness."

The notice states that Nufarm may continue to sell Roundup branded product in Australia and New Zealand until August 28, 2013. Given Nufarm's cost position will improve after the distribution arrangements have ceased and the company expects to maintain a strong presence in the glyphosate segment, there is not expected to be a material impact on earnings.