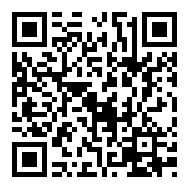 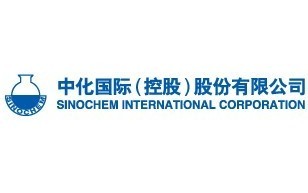 CHINA's name is synonymous with making low-cost farm chemical, but when it comes to the world-famous herbicide brand Roundup, Chinese giant Sinochem draws the line at selling on price.

Sinochem has just launched its Roundup campaign in Sydney as it moves in to take over national distribution of the original glyphosate brand name from local manufacturer Nufarm.

Nufarm, a long-established glyphosate maker and Monsanto's local Roundup distributor for the past decade, is now beefing up its own Weedmaster brand as an alternative offering in what is set to be a keenly contested fight to win the loyalty of Australian farmers.

Sinochem's marketing strategy on behalf of Monsanto, the company that developed and makes the Roundup product, also faces unrelenting competition from cheap "me too" glyphosate landing in Australia from factories in Asia and elsewhere.

"As far as the Roundup brand is concerned it won't be a fight on price, but on value," said Sinochem Australia's managing director Roger Angell.

"All things being equal farmers all over the world will choose to buy Roundup, and its reputation, if they have the chance.

"I also think a large number will pay a price premium for Roundup to ensure they're getting the product and service they expect.

"I hope our product, our relationships with distributors and resellers, and the technology itself will give us an advantage in the market, but we don't expect it to be easy or that we're entitled to the business."

Mr Angell, a former Monsanto marketing executive in Australia and the US, said Sinochem's strategy was based around treating the customer "the same way we'd like to be treated ourselves".

Although a huge chemical maker in its own right, the Chinese publicly-listed parent company Sinochem International will not be manufacturing the Roundup range itself.

Instead it relies on Monsanto's own ingredients and production facilities in Malaysia and Indonesia.

Mr Angell said Sinochem's close ties with Monsanto ensured any upgrades to Roundup technology or the product range would be swiftly available in Australia, reinforcing the premium value of the band.

In the coming 12 to 18 months Sinochem does, however, intend to begin importing supporting crop protection products made by its Chinese plants.

This may include lower budget generic glyphosate lines which would meet retailer and farmer demands over a range of price points.

The extended chemical offering would be unveiled to Sinochem Australia's distribution network as registration approvals were granted.

Recently, the company hosted the "who's who" of the rural merchandise distribution sector at its Roundup launch event on Sydney Harbour's Fort Denison with the 100-plus guests including Shanghai-based Sinochem International vice president, David Lee.

Monsanto executives from St Louis in the US and Singapore also attended.

Mr Lee said Sinochem Australia's business model strengths were its access to its huge global parent company's resources, Sinochem's proven partnerships with Monsanto in other markets, and the experienced staff it had recruited (many being former Monsanto employees) who were strongly focused on the Australian and New Zealand distribution network.

Mr Lee, whose original career was biology teaching before studying economics and management, said his company - one of the world's 100 biggest businesses - also had massive manufacturing capability which would be used to the Australian farmer's advantage.

If farmers and retailers could identify where different crop protection products were needed, Sinochem's resources were likely to be able to deliver lines that could better service those needs.