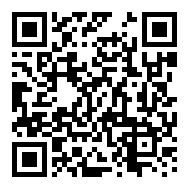 Sales of DuPont’s agriculture segment, including crop protection and seed business, were up 18.4% compared with the same period of last year to $1,535 million in the fourth quarter of 2012 which ended December 31. The company stated that increase of sales was mainly driven by volume and pricing growth for seed and crop protection businesses in North America and Latin America. Sale volumes were up by 11% and prices up by 7% despite the negative impact of currency. The pre-tax operating income (excluding significant items) was improved by $24 million with total loss of $92 million on higher volume in Latin America and stronger than expected pricing gains, partially offset by continued investment in commercial and R&D activities.

For full year, sales of agriculture segment rose by 13.7% to $10,426 million and the pre-tax operating income (excluding significant items) was up by 17.8% to $2,063 million as strong sales more than offset unfavorable currency and higher investments in commercial and R&D activities to support growth. Sales volumes grew by 8% and prices by 6%. Pioneer seed sales increased from higher global volume and pricing gains in corn and soybeans. Crop Protection sales grew on strong demand for insecticides and herbicides in all regions.