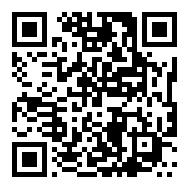 Sales of DuPont’s agriculture segment, including crop protection and seed business, were up 4% compared with the same period of last year to $1,423 million in the third quarter of 2012 which ended September 30th. Sales volume was 7% higher which partially offset by 3% lower prices inclusive of a 10% currency headwind. PTOI seasonal loss was ($85) million versus ($69) million in the prior year as strong sales were more than offset by unfavorable currency, higher input costs in seeds and higher investments in commercial and R&D activities to support growth. For the nine-month, sales rose by 13% to $8,891 million and PTOI was up by 15.4% to $2,155 million.

Crop Protection sales growth was underpinned by strong demand for insect control products and fungicides; while higher local prices across all market segments were more than offset by unfavorable currency. For Pioneer seed, volume growth reflects a strong start to the Southern Hemisphere planting season. Higher local prices for both corn and soybeans were partially offset by the impact of unfavorable currency.