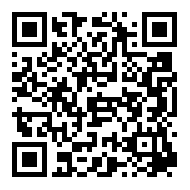 What is an organic pesticide?

To the organic farmer or organic gardener, "organic" can have a variety of related meanings regarding pesticides, fertilizers and other inputs. Generally speaking, organic agriculture does not involve modern inputs such as synthetic pesticides or synthetic fertilizers.

Various certifying organizations and the U.S. Department of Agriculture have established criteria for inputs to “organic” farming to produce “organic” food. The USDA National Organic Standards Board (NOSB) in April, 1995, defined organic agriculture as “an ecological production management system that promotes and enhances biodiversity, biological cycles and soil biological activity. It is based on minimal use of off-farm inputs and on management practices that restore, maintain and enhance ecological harmony.” The Organic Materials Review Institute (OMRI) approves and lists materials for in organic agriculture and processing in the United States; its two lists are a list of organic products and a list of generic materials acceptable for use in organic production and processing. The present article considers “organic pesticides” as pesticides that are considered useable in organic farming systems such as those described in the NOSB definition of organic agriculture.

Global organic farming, as it is practiced today, relies upon microbial processes to degrade, or disintegrate, organic matter to release essential mineral nutrients to plants. These essential mineral nutrients released from organic matter in the soil, once absorbed by crops, are combined by photosynthesis with water from the soil and carbon dioxide from the air to enable the plants that fix carbon from the air to grow.

Some inputs to organic agriculture have been prescribed, or recommended, and other inputs to organic agriculture have be proscribed, or forbidden, denounced, or condemned by organizations such as USDA National Organic Program (NOP), other organic certifying agencies, and OMRI. The organic crop producer is more limited in selecting inputs than is the farmer using conventional farming practices and inputs.

Theoretically, the potential markets for organic pesticides, were all pesticides marketed and used to be organic pesticides, would be on the order of billions of dollars per year in the United States and about five times greater worldwide. The 2007 USDA Census of Agriculture reports that in 2007, there were 922 million acres of farms in the United States in which there were 1.685 million farms, of which there were 1.328 million farms with harvested cropland. The number of farms using chemicals for pest control is categorized by the 2007 Census of Agriculture for insects on crops/hay (354,357), nematodes (34,992), diseases on crops/orchards (97,333), and weed/grass/brush (703,884). The extent to which pesticides acceptable for organic agriculture capture a portion of the total pesticide market in the United States or worldwide will depend upon many factors such as efficacy, price, and availability.

The Globally Harmonized System of Classification and Labeling of Chemicals (GHS), issued by the United Nations in 2005, is the culmination of decades of work; it is an international approach to hazard communication, and the U.S. Occupational Safety & Health Administration (OSHA) Hazard Communication Standard has adopted the GHS. The International Organization for Standardization (ISO), the headquarters of which is located in Geneva, Switzerland, is the world’s largest developer of voluntary international standards.

In the United States, organic pesticides are regulated at the national and state levels. The Federal Insecticide, Fungicide, and Rodenticide Act (FIFRA) in the Code of Federal Regulations (40 CFR Part 170) is enforced by the U.S. Environmental Protection Agency. The USDA National Organic Program (USDA NOP) regulates pesticides permitted in organic production (“organic pesticides”) certified under the NOP.

The USDA-NOP regulation requires that as one of the requirements for crop production to be certified “organic” under the NOP guidelines, pesticides must have active ingredients that are either considered natural, or are synthetic and appear on the National List (7CFR 205.600-607). All inert ingredients must be classified as List 4 (List 4A or 4B) by the EPA. List 3 inert ingredients may be permitted if individually reviewed and added to the NOP’s National List. Generally, nearly all synthetics are prohibited, unless they appear on the National List, and all naturals are allowed, unless they appear on the list as prohibited. Listed synthetics must be used as indicated, such as for disease or insect control, and may have further restrictions on crop or method of application. For instance, boric acid is limited to use in structural pest control, with no crop contact.

Non-governmental rules to regulate the use of organic pesticides have been developed and promoted by a number of organizations that offer certifications for organic-agriculture growers. OMRI registers pesticides that are compliant with the NOP, including some pesticides that are exempt from FIFRA registration with the EPA. According to M. J. Grieshop, PhD, about 62% of OMRI-listed pesticides are insecticides, 28% are fungicides, 4% are herbicides, and all other OMRI-listed pesticides comprise 6% of the OMRI-listed pesticides. He notes that organic herbicides include such products as citrus and other essential oils, citric/acetic acid, and examples of organic fungicides are elemental sulfur, copper, mineral oils, citrus oils, and biological agents such as trichoderma, Bacillus subtilus, and compost tea.

Benefits of organic pest control and future prospect of the industry

In agriculture, organic pest control, like all pest control, can provide benefits such as higher yield, better quality. Pesticides based on natural substances are commonly used as alternatives to synthetic compounds in organic agriculture. According to Franck E. Dayan and others of the Agricultural Research Service of the USDA, while some of these insecticidal and fungicidal compounds have transferred successfully in the more conventional crop production systems, good natural herbicides have been lacking.

Compared to traditional synthetic herbicides, none of the natural herbicidal compounds allowed for use in organic agriculture are very active; therefore, they must be applied in relatively large quantities. This may lead to undesirable effects on the environment and the soil fauna and microbes, which is in direct opposition with the philosophical positions and purpose of those who practice organic agriculture. Cost-effectiveness as well as efficacy and availability of organic pesticides will be criteria that current users of synthetic pesticides will use to decide whether to change from using synthetic pesticides to organic pesticides.

The company produces two OMRI-listed organic pesticides, PROUD 3® for application to the leaves and shoots of plants to control bacterial, fungal and insect pests, and PRO-MAX™ for application to the soil to control pathogenic fungi and nematodes. The principal active ingredient of these two products is thymol, a natural compound which is extracted from common thyme (Thymus vulgaris L.).
View More