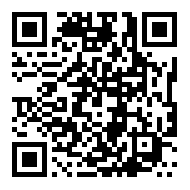 Bulgaria’s corn and sunflower crops were severely affected by persistent hot and dry weather during the second half of June and July, the most critical period for pollination of the spring crops.

The combination of these three factors, drought, hot weather and timing, had a large negative impact on the crops that would have been more pronounced if progress in crop genetics and applied agricultural technology had not taken place in the years since 2007, the last very dry year.

Regional differences – Based on Post observations and farmer reports, the drought’s most adverse effects appear in Southern Bulgaria, followed by Northwest. The North central part of the country represents a mixed picture while in Northeast most farmers report yield averages similar to the previous year.

The mixed picture, in general, can be attributed to occurrence of scattered showers throughout the country during the summer with other factors such as altitude, level of inputs applied, seed genetics, application of irrigation, influencing the crop. For example, there were some exceptional fields in the hardest –hit Northwest which are expected to yield 10 Metric Tons/Hectare (MT/HA) non-irrigated corn. Overall, the corn and sunflower development was 1-2 weeks ahead of the normal with corn and sunflower harvest starting at many fields.

In general, the trend is towards higher corn areas/production in Northwest and North central regions compared to sunflower, with the opposite in Northeast. Unlike in the past where farmers were observed using a wheat/corn/sunflower crop rotation, many producers met practices a monoculture region with corn only, or corn and wheat, especially in Northwest and North central. All farmers reported a significant increase in 2012 planted area to corn due to reseeding of winterkilled rapeseed fields and attractive corn prices.

Source: The Crop Site
Click to bookmark and build your agrochemical knowledge base
Print
ForwardShare