Bayer on the top of China’s agrochemical patent of invention 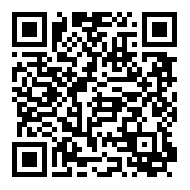 According to the report “China’s Intellectual Property Creation Index 2012” issued by China Center for Intellectual Property in Agriculture (CCIPA), Bayer’s number of effective patent of invention in agrochemical industry far exceeds that of Chinese domestic enterprises and research institutes, ranking on the top of agrochemical patent of invention with a total number of 306.5 patents. The next ones on the chart are BASF with 144 patents, Syngenta with 130 patents, Shandong Jinzhengda Ecological Engineering Co., Ltd with 101.5 patents and Sumitomo with 87.5 patents; among the research institutes Chinese Academy of Sciences has the largest number of patents, i.e. 155.33 patents, followed by South China Agricultural University with 105.42 patents, Chinese Academy of Agricultural Sciences with 63 patents, China Agricultural University with 59.33 patents and Northwest Agriculture & Forestry University with 45 patents.