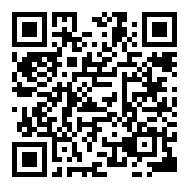 Lier Chemical recently announced its performance report of the first half-year of 2012 ended June 30th which reveals gross revenue of Yuan 605.69 million, 38.25% up year on year. The total profit of the company was up 8.32% reaching Yuan 68.69 million; net profit attributable to shareholder of listed companies reached Yuan 44.81 million, which is 6.31% down compared with the same period of last year.

The company states that one of the reasons for the performance variations lies on the increased market demand for the main product of the company, which has been renovated to improve production efficiency and to increase product supply, resulting in a significant increase of sales year on year; additionally the accounting consolidation with the jointly controlled subsidiary – Jiangsu Kuaida has greatly increased non-operating income, which led to a higher net profit in last year.


Moreover, the board of directors of the company passed the Clopyralid Production Line Renovation Resolution, where an input of Yuan 55.60 million is made for renovation and extension to the existing clopyralid technical production line, which will bring clopyralid capacity up to 900 tons/year.