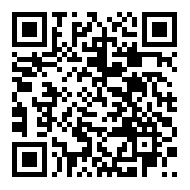 The silverleaf whitefly is a major crop pest in the tropics and subtropics. After studying its genome, INRAE and the CNRS identified 49 plant genes transferred to the insect’s own genome. Such a large number of genes transferred between plants and an insect had never before been detected. These findings open the door to new research on relationships between plants and insects that could lead to innovative pest control methods and reduce pesticide use.

The war between plants and plant-eating insects goes back millions of years and has led both protagonists into an arms race. As plants deploy signalling and erect physical and chemical barriers, insects develop clever strategies to bypass those roadblocks. But the genes involved in insect adaptation sometimes have a surprising origin. For the very first time, recent studies from 2020 and 2021 (Lapadula et al., 2020 and Xia et al., 2021) showed the transfer of two plant genes to the genome of the silverleaf whitefly (Bemisia tabaci), with one gene that gives the whitefly the ability to neutralise toxins produced by plants as a defence mechanism. Intrigued by this finding, two scientists – one from INRAE and one from CNRS – sought to learn how many plant-derived genes were found in the whitefly genome, which was fully sequenced in 2016.

49 plant-derived genes in the insect genome

By undertaking a bioinformatics analysis, the researchers identified 49 plant genes in the whitefly genome deriving from 24 independent horizontal gene transfer events. Most of these genes show features of functionality, meaning they are expressed in insects and have sequences with signs of evolutionary pressure, and so play a potential role in insects. The researchers’ results also show that most of the identified genes, such as those that are involved in producing enzymes that break down plant cell walls, play a known role in relationships between plants and their parasites. This likely reflects the result of a process of natural selection of plant genes in insects, which may have  allowed the whitefly to adapt to a large range of plant species. The origin and mechanism behind these transfers is still unknown, but they all go back several million years.

This is the first time that so many gene transfers between plants and insects have been identified. This study opens the door to new research on plant-pest relationships as well as crop pest control methods. Understanding the role of transferred genes for plants and insects could lead to innovative pest control methods based on plant breeding (varietal selection) that could reduce pesticide use.